VAR will get better the more we use it

We had a penalty appeal for a tackle on Sebastien Haller turned down during our game against Norwich City. The Premier League has since admitted this decision was wrong and that VAR should have awarded us a penalty.

On reflection, I was not disappointed because we went on to win the game 2-0. Maybe if we didn't win the game I would have been.

You cannot expect that VAR will erase all the mistakes made by the referee; that is impossible because if you did you would have to consult every play, see the VAR and that makes the game too slow for everyone.

But I think that VAR is a part of the game that will be positive. There are a lot of things that will improve as we use it more and more, but you cannot pretend that all of the mistakes will be erased.

I am happy with it, generally and I think that it is a positive for the game, not only for individual matches for but the correct clubs getting through to the next round of cup competitions.

I think that Declan delayed a lot his decision to play for England. He thought it through and spoke to the people who are important to him, so I have no doubt that he made the correct decision.

You cannot pretend that everyone will be happy, but it is his decision. We must respect him about that and all the other things we must not give too much importance to. 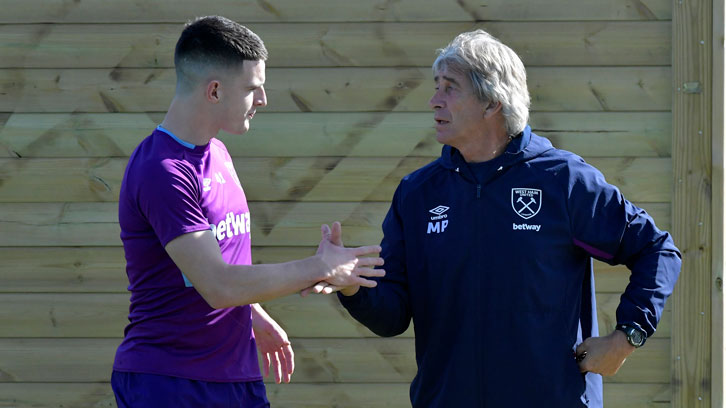 We are building trust with every game

In the way that we are working right now, one season and three months of this new season, the players are having more trust in what they must do in every game.

Football can be so quick to change though that you must understand it is not just a matter of trust, it is to play as a team; eleven players defending and then with the ball, eleven players making movements and when you have that trust, you have a positive mentality in your players.

But we are just starting, I think that every game we must play as a final.

If we can repeat the last game in the next 34 games then we will be fine!

We are trying to find a balanced team that can keep more clean sheets, try to score the most amount of goals, but football is about moments. You have players who get injured, maybe sometimes their confidence is not there but at this time, we are in a good general moment and we must try to extend it in the next game. But we must be sure that we did against Norwich will not be enough against Aston Villa.

We need to repeat that game with a higher performance. 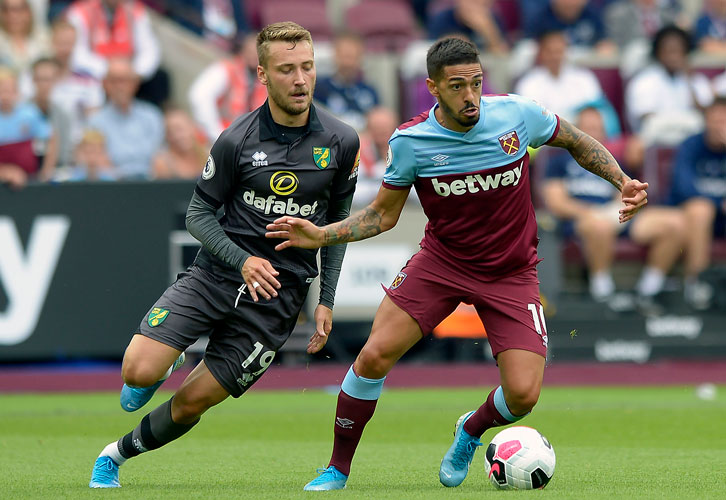 Manu Lanzini is playing well – and can get even better!

Manuel Lanzini has been very good. I hope at the end of the season he has the same statistic, creating among the most chances of any player in the Premier League.

Manu returned from his long injury with a lot of trust, he did not have any fear. He always wants the ball and to do different things and in every game, he will keep improving. He went a long time without playing and he still needs time to get back to his best performance.

I think he can go one step more.

All round, I think the fact we are creating chances it is down to the characteristics of the players, technical and fast players playing in an attacking style. We need to continue improving because we created many chances against Norwich and scored only two goals.

I think there are many things we can still improve on every day in training and during the games, which is always more difficult.

We need to beat teams like Aston Villa, because last season there were a lot of teams around us that we lost to. Now we will see what happens this season, and Villa is a difficult team.

Their stadium is very important for them, but we go there as we do in all the other games; to try to win.

Villa have had some different results, bought a lot of good players and play an attacking style. I think that they are doing well, they must adapt to the Premier League still but they have a very good team and a manager in Dean Smith who wants to play in an attacking way.