Snodgrass: That’s the level Belgium are at 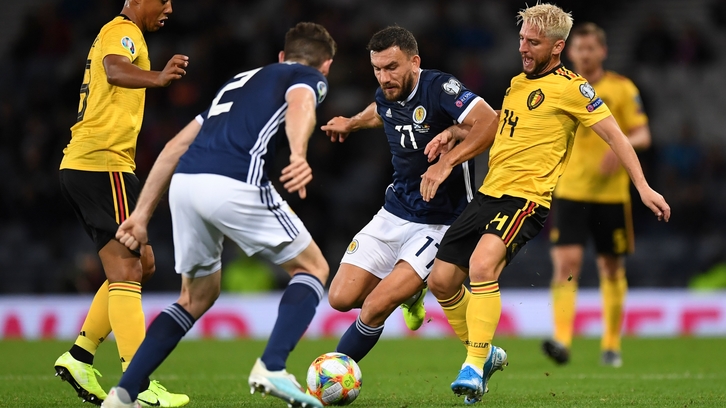 Goals from Romelu Lukaku, Thomas Vermaelen, Jan Vertonghen and Kevin de Bruyne put the Scots to the sword at Hampden Park on a difficult Tuesday evening, leaving Snodgrass and his teammates fifth in European Championship Qualifying Group I.

The Irons midfielder feels the Scots equipped themselves effectively in the game, but were left bemoaning defensive errors and the quality of their opponents.

“It was very tough,” Snodgrass said. “Against Belgium, you’ve seen we want to press high in large spells. We’ve tried to play with a high press, which the manager is trying to implement. But we’ve seen the level the top boys are at.

“One lapse in concentration and they score from a set-piece, and another one, and another one. It’s the counter-attack too. That’s why these boys are at the very top. Their squad is full of top players and it’s a tough one.

“There were large spells of the game where we worked tirelessly hard and we were in the game. Then we concede from a counter-attack and set-pieces. But they were by far the better side and that’s the level we need to drive towards. Small margins defensively kill you, and then small margins at the other end as well.”

We want this nation to be proud of us. We want to show our quality on the ball. It’s football and now we must work even harder.

Tuesday’s result leaves Scotland fifth in their group, nine points off of second-placed Russia with only 12 left to play for.

Snodgrass is adamant, however, that he and his international colleagues can bounce back and showcase their ability on the big stage, and also took the time to applaud the Scotland fans that cheered their country on at Hampden Park.

He continued: “I’ve got no question we can bounce back. If we can show our quality and stop making defensive errors, we will win more games than not. We’ve got a very honest, hard-working bunch, and we’ve got good quality. We’ve got Premier League players and Champions League winners. We have just got to find the right team.

“I’ve got to take my hat off to the fans too. They backed us the whole way and pushed us on.” 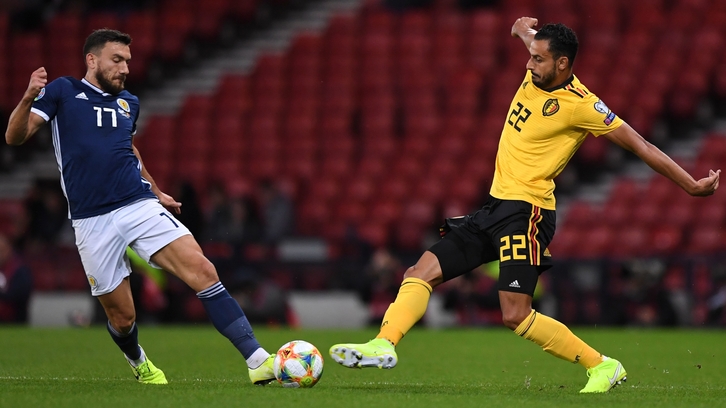 Snodgrass made his first Scotland showing in a year in the game - his first start for his country in two years and four months - and the Hammers' No11 was personally delighted to return to his nation's starting XI.

The West Ham star is now looking to use his experience to help push Scotland to new heights.

“It means a hell of a lot to play,” he added. “It was against Belgium when I last played, and it gets harder as you get older. But I’m just trying to keep going and work as hard as I possibly can and help the young lads and encourage the manager’s ideas.

“We want this nation to be proud of us. We want to show our quality on the ball. We have boys playing at a good level. The manager has to pick a team that he feels is right for the remainder of the games. It’s football, and now we must work even harder.”