Brosnan: We showed what we’re capable of against Arsenal

Courtney Brosnan believes West Ham United showed every other team just how good the Irons can be on Sunday, despite an unfortunate defeat at the hands of Arsenal.

The Hammers were beaten 2-1 by the reigning Barclays FA Women’s Super League champions in the opening match of the 2019/20 campaign. Despite the final result, Matt Beard’s side were desperately unlucky not to come away with at least a point, hitting the woodwork three times during a brilliant second half.

Even though West Ham left Meadow Park without anything to show for their efforts, Brosnan feels the team can take heart from a strong performance and learn from the way that Arsenal took a two-goal advantage. 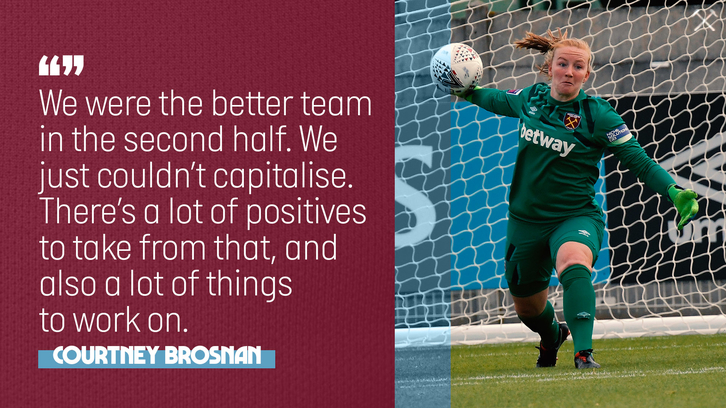 “It was a good performance,” the shot-stopper told whufc.com. “In the second half, we really showed what we’re capable of. We settled into the game and had a couple of chances.

"We were the better team in the second half. We just couldn’t capitalise. There’s a lot of positives to take from that, and also a lot of things to work on. 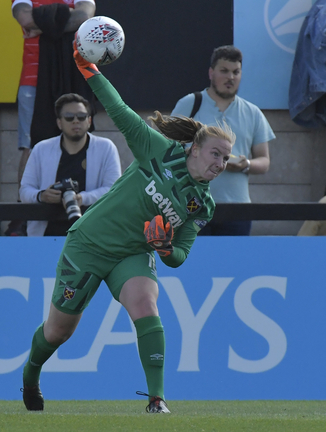 “It’s a tough welcome to the WSL, against such a good team to play. But we’re playing such strong competition. It’s great to get out there from the start and play the best team. We just need to improve from here.”

Although West Ham were two goals behind in the first half, Martha Thomas’ superbly-placed header early on in the second period set up a tense and exciting ending to Sunday’s game.

Brosnan and Thomas were also teammates last season at French side Le Havre and, with both hailed for their stand-out debuts for West Ham, the goalkeeper was thrilled for her friend and colleague.

She continued: “Martha has done great and I think she’s going to do great things this year.

“She’s really dangerous on the ball and she’s got a great work ethic. I think she’s going to be a really big player for us this year. I’m really happy for her, getting her first goal.”

Having been chosen by head coach Beard to start the season in goal for West Ham, Brosnan is relishing her role in the Irons team, and is hopeful of winning a first three points of the season next week when the Hammers welcome Birmingham City to Rush Green Stadium.

“I love being here,” she added. “I love all the girls. Everyone is so welcoming. I love the culture we’re creating.

“I just want to take this game, learn from it, and move on to next week against Birmingham.” 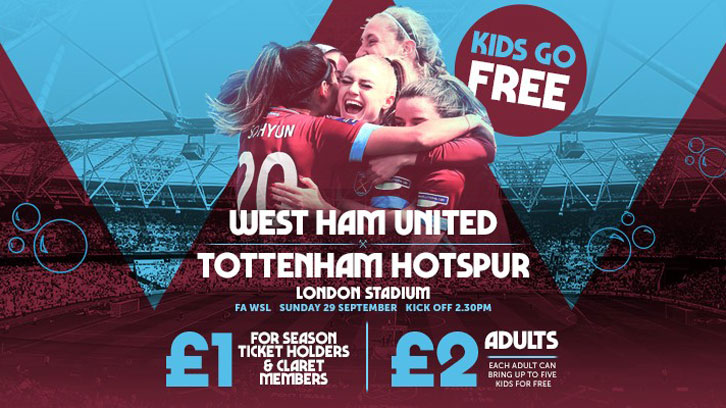