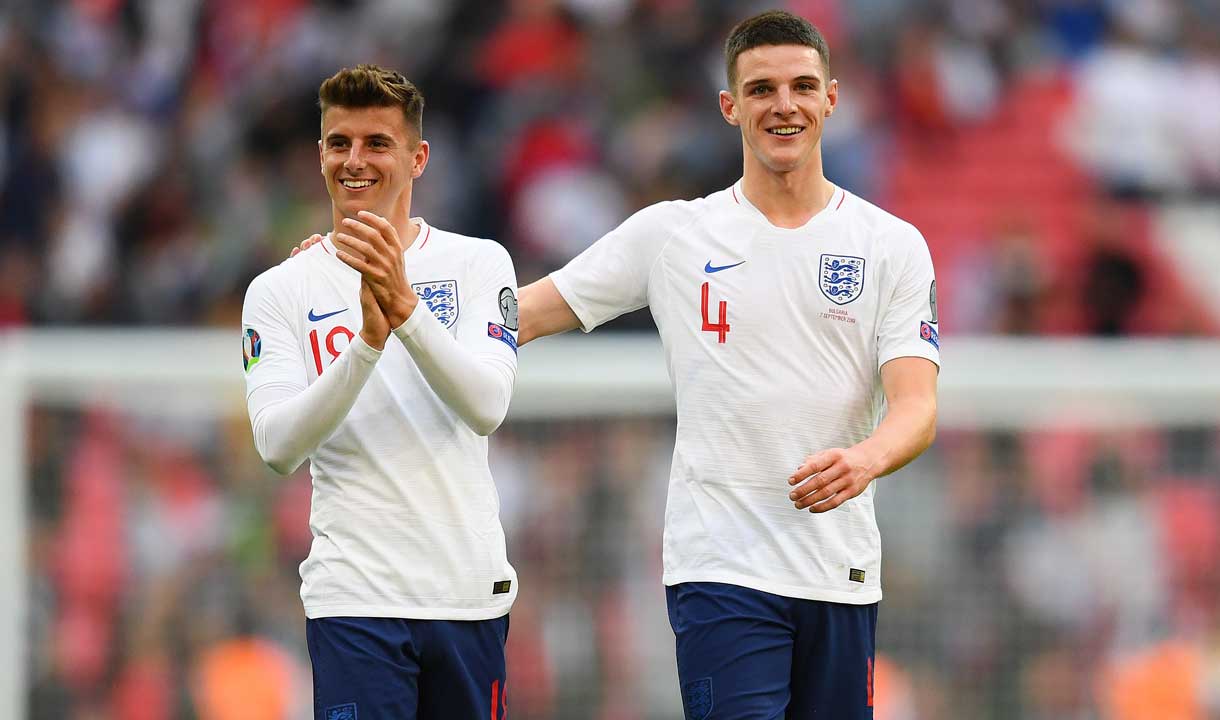 Rice's England defeated Bulgaria 4-0 in their Group A fixture to take another step towards next summer's finals, while Ukraine registered a similarly comfortable 3-0 victory in Lithuania.

Rice started alongside Liverpool skipper Jordan Henderson and Chelsea's Ross Barkley in midfield for Gareth Southgate's side as they made it three wins from three in their qualifying campaign.

Harry Kane opened the scoring in the first half, as Raheem Sterling capitalised on a defensive error to square for the Tottenham striker.

Kane doubled the lead shortly after half-time from the spot, before Sterling added England's third. Another Kane penalty, 17 minutes from time, sealed his hat trick and England's thumping victory as Rice was able to celebrate his fourth Three Lions cap in style.

Yarmolenko, meanwhile, was making his first international appearance in a year following his Achilles injury as Ukraine swatted aside the challenge of Lithuania.

Following their 3-0 win, sealed with goals from Oleksandr Zinchenko, Marlos and Ruslan Malinovsky, Ukraine top Group B with 13 points from four matches, although Portugal, eight points back in second place, have two games in hand.