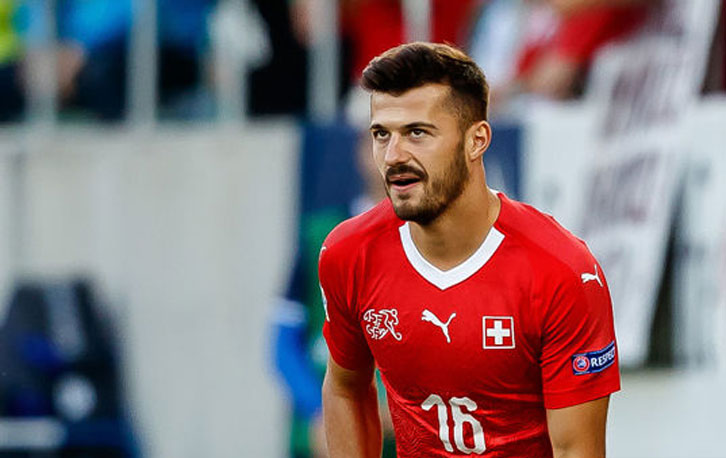 The West Ham United striker was sent on moments after David McGoldrick had headed Ireland level with five minutes to play at the Aviva Stadium in Dublin.

Twelve minutes earlier, Newcastle United’s Fabian Schar had put the Swiss into the lead, but Mick McCarthy’s men, for whom Josh Cullen was an unused substitute, snatched a point.

Unbeaten Ireland remain top of the group, with Denmark closing the gap on the Boys in Green to three points with a 6-0 win in Gibraltar. Switzerland are also unbeaten in third, with two games in hand on the Irish, and host bottom side Gibraltar next on Sunday.

Sead Haksabanovic, who has been in superb form for Swedish Allsvenskan side Norrkoping in recent weeks, was rewarded with a full debut for Montenegro.

The on-loan attacking midfielder started his country’s 2-1 friendly win over Hungary in Podgorica, playing the first 71 minutes before being replaced on what was his fifth cap.

Montenegro return to Euro 2020 qualifying action on Tuesday, when they host Czech Republic in Group A, which also contains Declan Rice’s England.

Finally, Goncalo Cardoso was part of the Portugal U20 squad that came from two goals down to draw 2-2 with Switzerland in a friendly played at the Centro de Estagios de Melgaço.