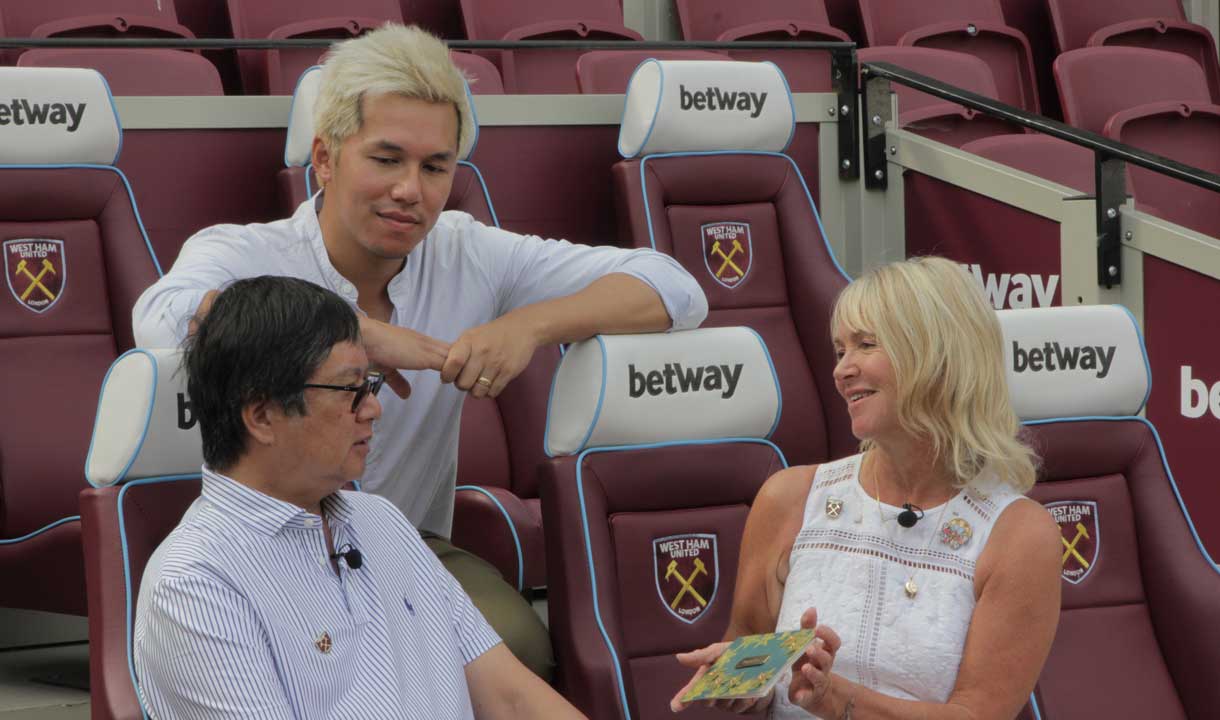 More than 50 patients have benefitted from organs and tissue donated by Tom following his sudden death at the age of 22 while playing hockey in December 2015.

Tom’s mother Lisa, who also tragically lost her husband Graham just two months later, was at London Stadium, the home of West Ham United, to meet a recipient who received posthumous assistance from her son and raise awareness for Organ Donation Week, which began on Monday 2 September.

“It’s a special moment for me to be at a place so special not just to Tom, but also my late husband Graham, who was also a West Ham season ticket holder,” said Lisa, from Hornchurch. “I have goose bumps meeting Gordon, a fellow Hammer who received Tom’s heart.

“When I was here last year with my daughter Pippa, we knew Gordon was here too and that Tom’s heart was beating somewhere in the stadium. We met the next day, on Mother’s Day, which was very special.

“I know Tom’s Dad would be so pleased to know we are here, keeping his memory alive, because they both loved West Ham from an early age. It’s perfect.”

Lisa and Gordon’s story is truly remarkable and, at the same time, inspirational

Gordon himself was grateful and honoured to receive a life-saving organ from a fellow Hammer.

“I feel very excited and once I was in touch with Lisa I learned Tom was a West Ham supporter. We never met, but it was a big surprise and miracle for me that his heart saved my life,” he said.

“Tom and I are together now as one as a team in the stadium and that’s something I always intend to do.”

West Ham United’s Joint-Chairman David Gold added: “Lisa and Gordon’s story is truly remarkable and, at the same time, inspirational. It is vitally important that we get more organ donors onto the register and West Ham United fully supports the campaign this week.

“Tom’s willingness to help others has helped save and improve the lives of countless people, and the fact that Tom, Lisa, her late husband Graham, Gordon and his son David are all part of the Hammers family makes me immensely proud.”

A baton representing the 50 patients who benefitted from Tom’s organs, and all donor families, was created and carried by relay from the Royal London Hospital to the World Transplant Games in Newcastle-upon-Tyne.

The baton was waved off by six-year-old Fatima, who received part of Tom’s liver, and greeted in Newcastle by Gordon.

“Tom's legacy is the second chance and gift of life he gave to the 50 people who received his organs and tissue transplant,” Lisa explained.