Dmitri Halajko: Newport is not going to be an easy place to play 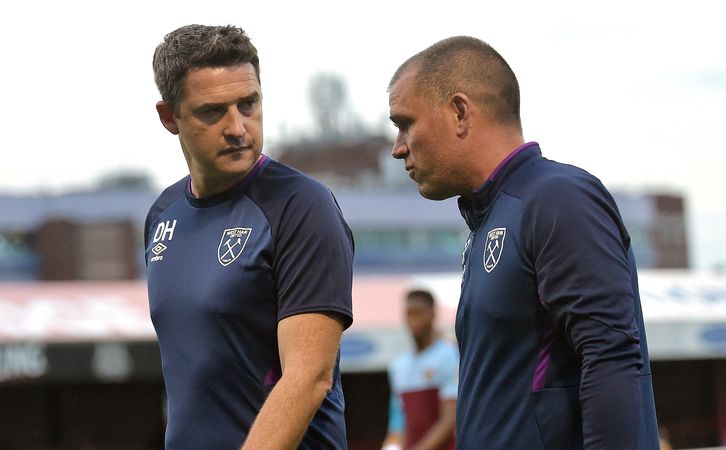 West Ham United U21s travel to Newport County on Wednesday night to open up their Leasing.com Trophy campaign against an in-form Newport County.

Dmitri Halajko’s side travel to South Wales off the back of an entertaining 2-2 draw with Manchester United U23s last Friday, helping them stay second in the Premier League 2 Division 2 table. The young Irons' attention now switches to the Leasing.com Trophy and a trip to Rodney Parade – just eight days after the West Ham first-team triumphed 2-0 against County in the Carabao Cup.

The Exiles have made an excellent start in EFL League Two and currently sit second in the table, unbeaten in six games thus far. West Ham are also without a loss so far this season but head coach Halajko is under no illusion as to just how difficult Wednesday’s game will be.

It’s not going to be an easy place to play, and a team that’s doing well, is in form, so it’s going to be really tough

“It’ll be a tough game – you saw how tough it was for our first-team there only last week,” he said. “It’s not going to be an easy place to play, and a team that’s doing well, is in form, so it’s going to be really tough. We’ve got a few players away as well on international duty, so it’ll be slightly changed from the team that that drew with Manchester United”

Winger Nathan Holland went off with an injury at Old Trafford on Friday night and Halajko gave an update on his fitness.

"Nathan’s got a bit of a tight groin – he had it all last week," he revealed. "There was a late fitness test just to get him out there at all on Friday, we didn’t know even until Thursday if he was going to be able to play.

“We didn’t know how long he’d last; we didn’t know if he’d maybe come off at half-time, he did manage until about 60 or 65 minutes, which is probably as far as we could push it.” 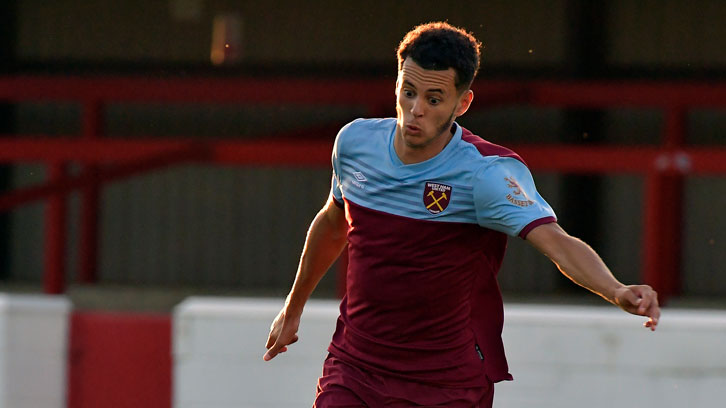 Holland’s low strike brought West Ham back into the game and sent the Hammers into the break level.

"We felt we were getting back into it before half-time” said Halajko. “We thought that the momentum was starting to shift in our direction, so we wanted to maintain that and go out to try and dominate the second half."

However, the Hammers conceded a late equaliser to draw 2-2, while Wednesday’s opponents Newport were 2-0 winners away at Forest Green Rovers in League Two.

Elsewhere, West Ham's Leasing.com Trophy Group E opponents Exeter City and Cheltenham Town faced off on Tuesday night at St James Park in a match that finished 1-0 to the Devon side.

West Ham United U23s' next home game is on Wednesday 11 September against Valencia in the Premier League International Cup at the Chigwell Construction Stadium in Dagenham.