Noble: It was the best we’ve played for a long time 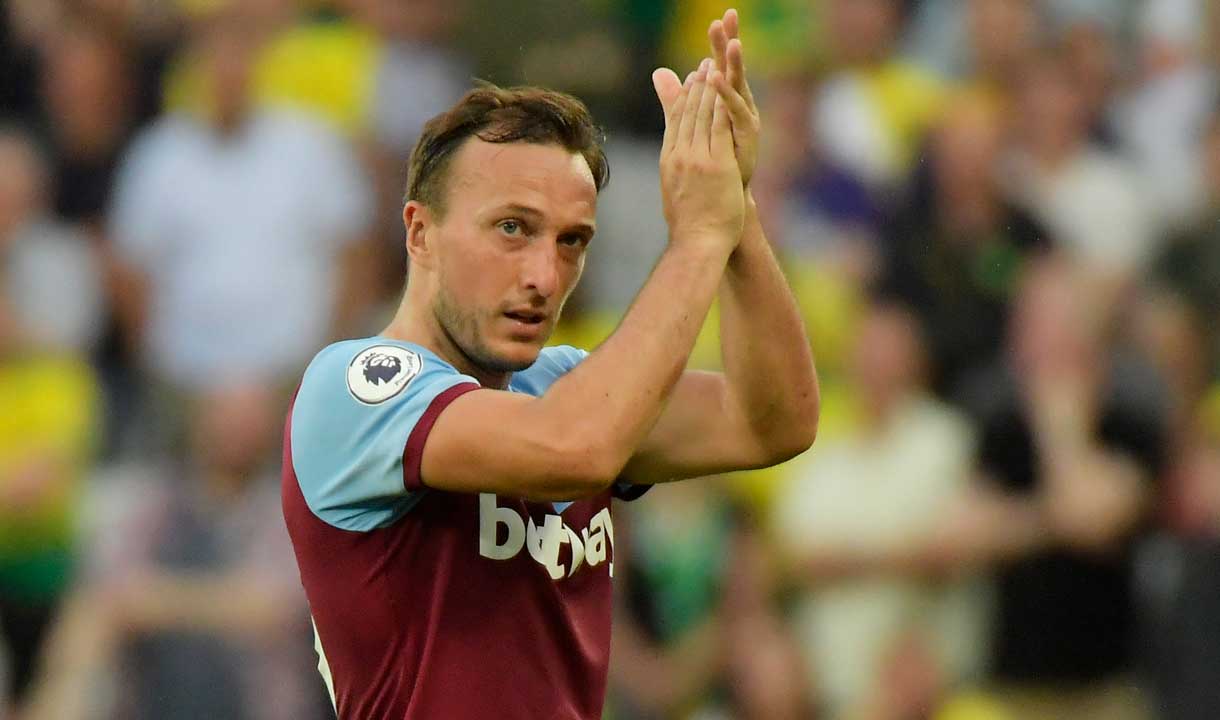 Mark Noble believes the future looks bright for West Ham United after their 2-0 victory over Norwich City on Saturday.

Sebastien Haller, with his third in as many games for the Hammers, and Andriy Yarmolenko scored the goals to seal a third win in a week and send Manuel Pellegrini’s men into the international break in fine fettle.

West Ham have taken seven points from twelve, as well as sealing progress in the Carabao Cup in the first month of the season, but even more encouraging for Noble was the manner of the triumph against the Canaries.

Following their three-goal blast at Watford a week ago, the Hammers again looked potent in attack, whilst also proving more sturdy in their defensive work – a fact which delighted the skipper.

“It should have been a bigger scoreline,” the No16 admitted. “Obviously I’m pleased with the 2-0 result and the way that we played, but I’ve come away thinking we should have won by more.

“The last two [Premier League] games we’ve played extremely well, especially going forward, but I said to the players in the week that we were really good in attack at Watford but we left ourselves open at times.

“I didn’t like that, but today we were solid. We really limited them to a couple of half chances and we should have scored six or seven ourselves.

“The whole back four was brilliant to keep Pukki quiet because he’s such a good goalscorer, but the aggression we played with, the pace, was brilliant. For me it was the best we’ve played for a long time.”

Noble was also delighted to Yarmolenko, who has returned at the start of this season from a long injury absence and scored the Hammers’ second against the Canaries.

“Everyone was really pleased for him,” Noble added. “We’ve seen what he’s been through in the last ten months – he started off really well for the club and scored a couple of goals, but then got that injury.

“No matter what, even if you’re injured for two weeks, you don’t feel a part of it because you’re in the gym and not training with the lads. He’s suffered, he’s had a whole summer to think about it, and it was hard for him to get up to speed in pre-season. But I thought he looked really good today and the whole team was buzzing for him to get his goal."