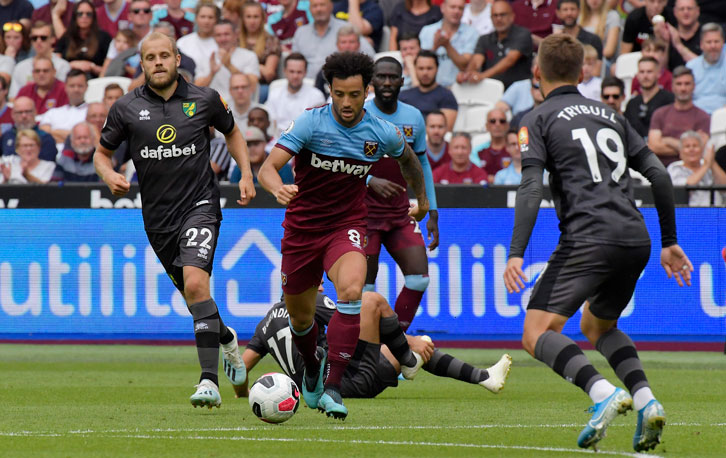 The London Stadium faithful were on the edge of their seats as the Hammers repeatedly threatened to breach the Canaries’ net – or should that be nest.

After ceding possession to the visitors in the early stages, West Ham had taken control of the game and went in a goal up at the break through Sebastien Haller’s first home goal – converted from close range after an incisive pass from Felipe Anderson and devastating run and cross from Arthur Masuaku.

While the first half was a fairly even affair, with the Hammers only outshooting their opponents 4-3 in the opening 45 minutes, the second half was far more one-sided.

Manuel Pellegrini’s side were irresistible at times, cutting through the Norwich defence using a variety of tactics – powerful running, intricate interplay, overlapping full-backs, elusive dribbling, well-delivered set pieces among them. 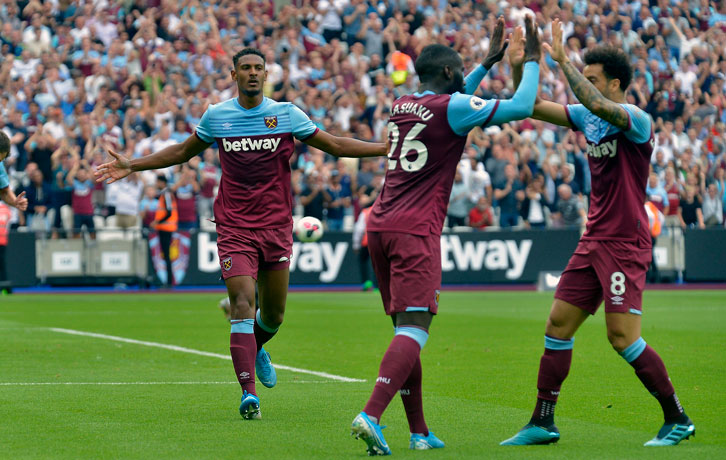 West Ham created 14 goalscoring opportunities in the second half, with only the heroics of goalkeeper Tim Krul keeping the rampant home side at bay.

The Dutchman kept out goal-bound efforts from Manuel Lanzini, Felipe Anderson, Haller and Robert Snodgrass, but he was caught out when Mark Noble’s cross was blocked and Andriy Yarmolenko lashed a volley past him from an acute angle.

At the other end of the pitch, the Irons were as solid defensively as they have been in a long time, with Declan Rice and Mark Noble expertly shielding the back four, Issa Diop and Angelo Ogbonna tackling strongly and positioning themselves to blunt the threat posed by in-form Teemu Pukki, and full-backs Ryan Fredericks and Arthur Masuaku working in tandem with their respective wingers to slow Norwich’s flying full-backs Max Aarons and Jamal Lewis.

Indeed, it was only in the final few minutes when an increasingly desperate Norwich finally got in behind and caused Lukasz Fabianski any real concern – first when Pukki headed tamely straight at the Pole, and then when substitute Josip Drmic clipped the outside of the post in added time.

Meanwhile, Pellegrini’s side have now won six of their last eight matches in all competitions, with their only defeat coming at the hands of champions Manchester City on the opening day of the season.