Michail Antonio could be available after the international break as several West Ham United work their way back to full fitness.

Winger Antonio has not featured in a Hammers match-day squad since suffering a hamstring injury at Newport County in August, for which he required surgery last month.

Wilshere, meanwhile, was not involved in the matchday squad which drew 1-1 with Sheffield United last weekend after picking up a minor injury.

Pellegrini mentioned that the Club are closely monitoring both players’ rehabilitations in the hope that the midfield duo will be able to return to action in the coming weeks.

“Jack is with some small problem. He is not one hundred per cent fit,” Pellegrini said. “I think that for him it is a risk to try to come back before he has completely recovered from that.

“[Michail] Antonio and Lukasz Fabianski are also recovering from their injuries. I think Antonio will be ready for after the international break. All our other players are fit for Saturday.” 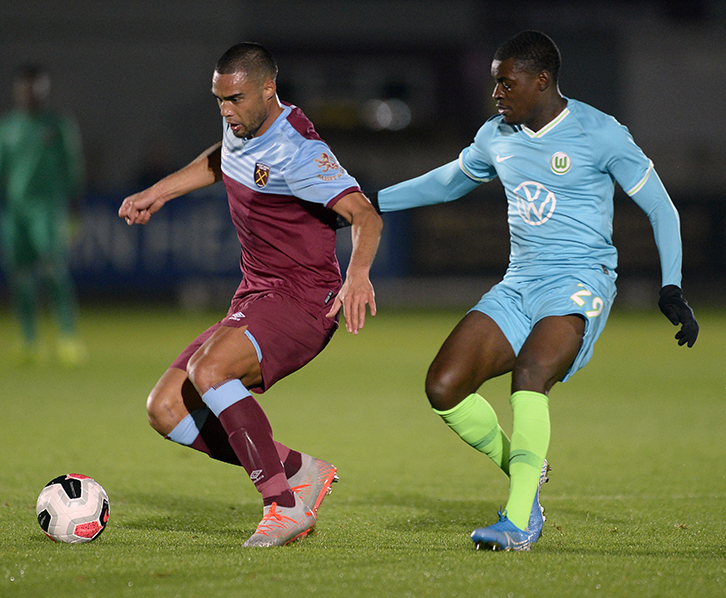 The long-serving defender has been unavailable for first-team selection for almost a year-and-a-half after suffering a serious knee injury in a freak incident at Swansea City in March 2018.

Pellegrini was pleased to see Reid pull on a Claret and Blue shirt again, and will look to his backroom staff to carefully manage Reid’s assimilation back into first-team action.

“Winston Reid played yesterday night with the Under-23s. He played 65 minutes without any problems,” the Chilean manager said.

“I think that it’s a special way to return. The doctors and he also have experience of those. All last month he’s played and acted in the way the doctor advised.

“We’ll see how he reacts. Next, he’ll aim to play another match for the whole game, and as soon as he can, he’ll start working with the first-team squad.”

One player who made the most of an opportunity to impress last weekend was winger Robert Snodgrass, who put in an industrious display against Sheffield United.

The Scottish winger’s composed finish granted the Irons the lead on the stroke of half-time, and although his side couldn’t hang on for the full three points, Pellegrini reiterated his delight with the attacker’s ability and attitude.

“I think all the players of the squad know when they play and when they don’t play for different reasons,” the manager said.

“For Robert, he wasn’t playing because we had a lot of new players in his position. Pablo Fornals came in and Andriy Yarmolenko came back from injury. But he is always very useful, and he always works very well.

“I brought him back after his loan. He renewed his contract and when he has the opportunity, he responds in the way he did in the last game [against Sheffield United]. He is one of the players that arrived often in the box, and we need players who do that. He did it very well and I’m very happy for him.”