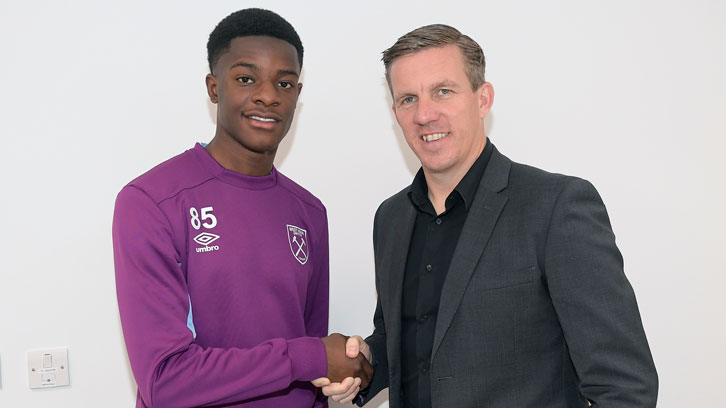 Odubeko joins the Hammers after spending his schoolboy years at Manchester United, where he scored 35 goals and netted on his U18 Premier League debut last season, and will now continue his development at the Academy of Football.

The powerful centre forward, who turned 17 on Monday, was born and raised in the Republic of Ireland, for whom he has been capped at U17 international level.

“It’s a really exciting day,” said Odubeko, who will initially work with West Ham’s U18 squad. “I’ve been waiting for this move for a while, so I’m looking forward to getting started.

“West Ham is a club with a lot of history behind it. It promotes its young players, so it’s a great opportunity for me to develop my game and help the team.

“I’m looking forward to moving to London – it’ll be a little different to Manchester, so it’s an exciting challenge.”

I always set high expectations for myself, so I’m looking to score a lot of goals for West Ham this season

Academy Manager Ricky Martin hailed the capture of the sought-after frontman in the face of competition from some of Europe’s leading clubs, and is looking forward to seeing him progress at Chadwell Heath.

“Mipo signing for West Ham is another really positive story for the Academy,” he said. “He is a promising player we are looking forward to working with and this move is a great opportunity for him to join us and continue his journey.

“It will naturally take Mipo some time to settle in, but we believe West Ham is the perfect environment for Mipo to flourish and fulfil his undoubted potential.

“We’re really trying to work hard here at the Club to push players on at the right time and give them the right opportunities.

“He’ll start with the Under-18s and will enjoy opportunities to work, develop his own game, and act as a focal point in attack for different age groups, including the Under-23s.

“I’m sure Mipo will want to make a big impact by scoring goals, so we’re really looking forward to seeing him working with two teams who’ve started the season really well.” 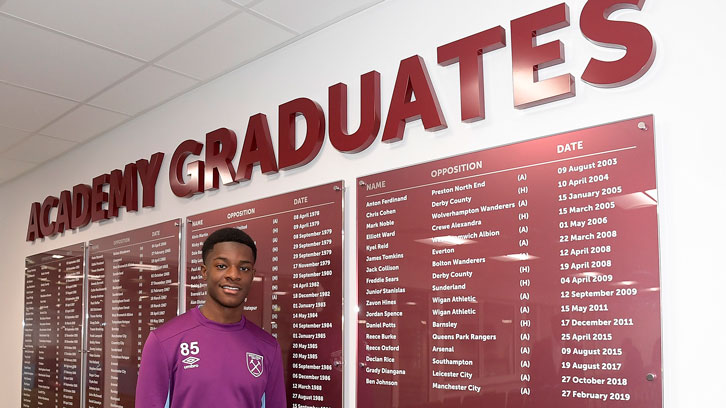 Odubeko, who won the Victory Shield with Ireland at U16 level, is aiming to continue his prolific form when he pulls on a West Ham shirt.

“I’m a goalscorer, I’m quick, and I work hard for my team,” he said, when asked to describe himself as a player. “I always set high expectations for myself, so I’m looking to score a lot of goals for West Ham this season.

“I’ve been out for a while now, so now I’m just excited to get going – and get scoring.”

West Ham United would like to welcome Mipo to east London and wish him every success for his career in Claret and Blue.