Angelo Ogbonna: Whether you are black, Asian or whatever, you should be proud 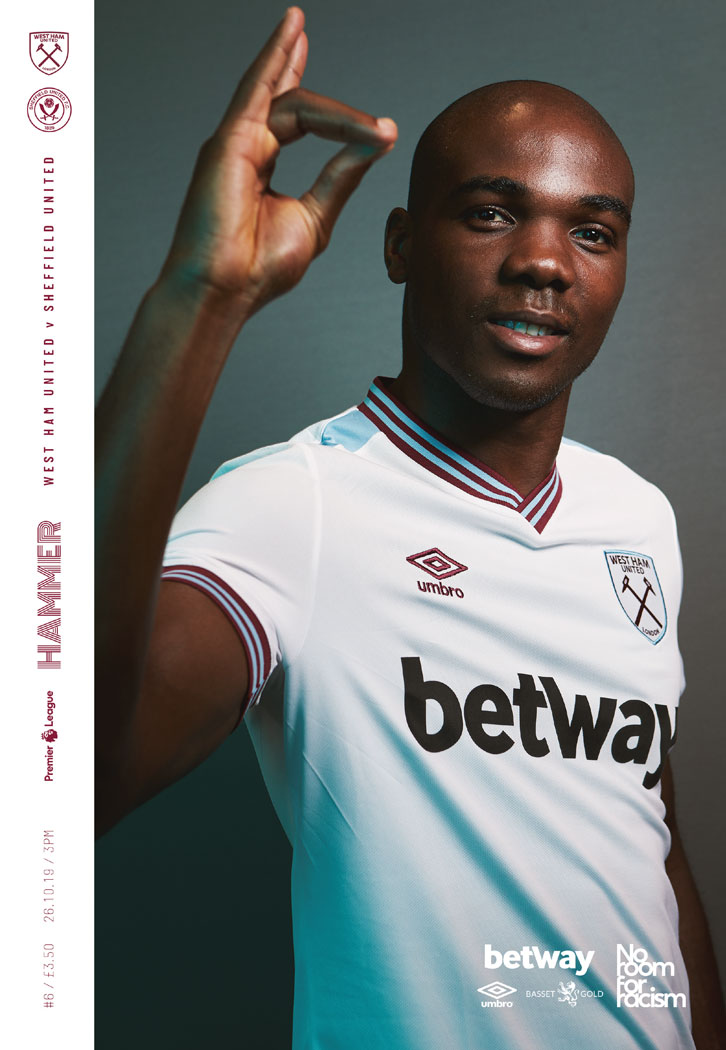 As West Ham United support the Premier League's No Room for Racism campaign, Angelo Ogbonna is in a unique position to comment.

The defender's parents emigrated from the West African country of Nigeria to Italy in the 1980s, before the player himself was born, settling in the town of Cassino in the southern province of Frosinone.

Ogbonna grew up as one of the few black children in the town, but both he and his parents felt it was important for him to embrace both the culture of his ancestors, and the culture of the country of his birth.

He joined local football club Nuovo Cassino before moving 500 miles north west to Turin in 2002, at the age of 14, to join the Academy of Serie A club Torino. There, he made more than 150 first-team appearances, was made captain and, in November 2011, became a full Italy international.

For Ogbonna, the decision to play for Italy, and not Nigeria, was a natural one, and had nothing to do with the colour of his skin. Eight years on, he has 13 senior caps and has represented his country at two major tournaments.

In 2013, the defender joined Italy’s biggest club, Juventus, where he won two Serie A titles and reached the UEFA Champions League final, before swapping Italy for England two years later, when he moved to West Ham.

Both before and after his transfer to east London, Ogbonna has travelled far and wide, for both work and pleasure, and relishes every opportunity to embrace new and fresh experiences. 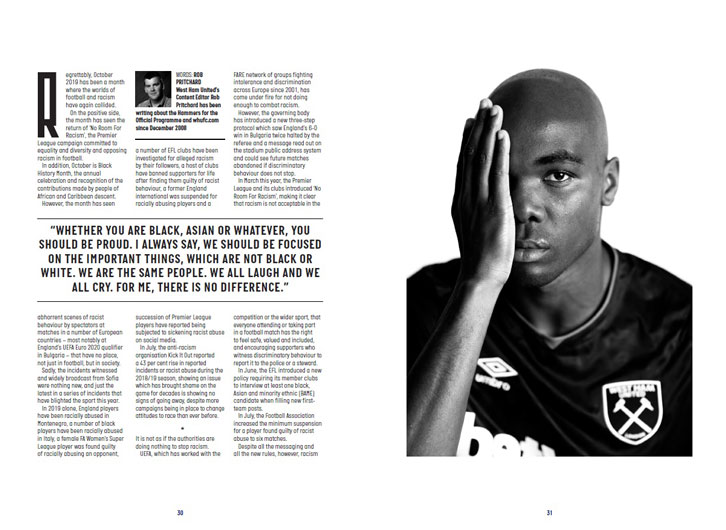 “For me, I’m very, very proud to be a black man in 2019,” he confirmed in an interview published in full in Saturday's Official Programme for the Premier League visit of Sheffield United. “People can talk about a lot of things, and be racist, but you must understand that you cannot change your destiny.

“There is a lot of ignorance, racism and discrimination, whatever you want to call it. In Italy, there a lot of issues, both racial and regional, but these people are just trying to find excuses and to blame someone for not being good enough themselves. They just want to put you down.

“As black people, we are held back by our past, because in our past we were slaves and that can never be forgotten and never leave our minds. However, actions can be taken to change things.

“I grew up with Nigerian parents, but I chose to play for the Italian national team because I felt that was right.

“Whether you are black, Asian or whatever, you should be proud. I always say, we should be focused on the important things, which are not black or white. We are the same people. We all laugh and we all cry. For me, there is no difference.”

As black people, we are held back by our past, because in our past we were slaves and that can never be forgotten and never leave our minds. However, actions can be taken to change things