Andriy Yarmolenko: We must fight for every ball 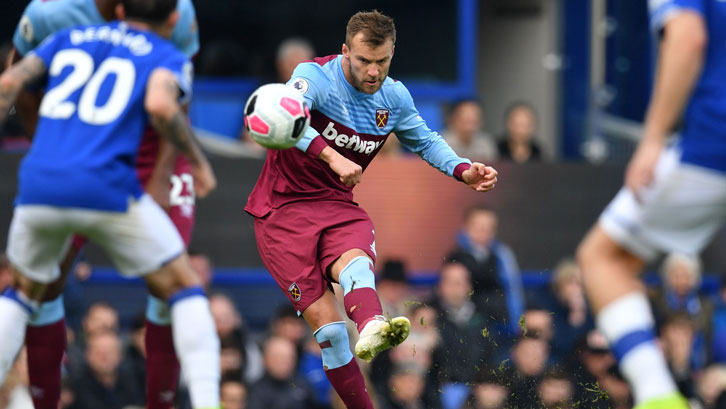 Andriy Yarmolenko experienced the full range of emotions football can provoke in the space of four days.

Last Tuesday, the forward was a national hero after scoring the goal that defeated Portugal and secured Ukraine’s place at UEFA Euro 2020.

On Saturday, however, he was left deflated as West Ham United slumped to a 2-0 Premier League defeat at Everton – a result that left the No7 demanding more from himself and everyone in a Claret and Blue shirt.

“We must sit and think about our game,” he told whufc.com. "Everyone must think about his game because this is the English Premier League and we must change our mentality and fight for every ball because on Saturday, we played so, so badly.

“I think we must dig deeper because we weren’t aggressive and we really played badly.

“We must analyse this game and next week we play at home and we must show our fans we want to fight for the result for this Club.”

Four days ago, you are celebrating and you think you are the best in the world but then after four days, you lost a game like and you must sit and think about your game

For Yarmolenko, Saturday’s disappointment was in stark contrast to the elation he felt at helping Ukraine qualify for a major tournament.

And the experienced Ukrainian admitted the chastening experience of losing at Goodison Park means the happiness he had been feeling was quickly replaced by the feeling that he and his teammates must do more if they are to arrest a run of four Premier League games without a win when they host Sheffield United on Saturday.

“This is football," he observed. "Four days ago, you are celebrating and you think you are the best in the world but then after four days, you lost a game like and you must sit and think about your game and it’s my opinion that we must work more and fight for every ball.”

Yarmolenko was rested by Manuel Pellegrini for the opening half at Everton, ostensibly to protect him after a busy period following his return from a long-term injury.

And while he respected his manager’s decision, the 29-year-old is eager to return to the starting eleven to face Chris Wilder’s newly-promoted Blades at London Stadium this weekend.

“I am always ready to play but it’s the manager who decides who will play, of course,” he confirmed “I will try to show him next week I’m ready and, of course, if I play I’ll give 100 per cent for a good result.”