Goalkeeper Nathan Trott delivered a man-of-the-match performance for AFC Wimbledon as one of eight West Ham United loanees in action this weekend.

The in-form Dons were hosting Portsmouth at Kingsmeadow on Saturday afternoon with a third consecutive league win in their sights, having failed to register any victories in their opening eleven games.

Those excellent saves made a huge impact on the match as, three minutes into injury time, Terell Thomas climbed highest to nod in Max Sanders’ free-kick, clawing Wimbledon back to within one point of escaping the relegation zone.

A deserved ⁦@FansBet⁩ Man of the Match award for ⁦@Nathan_trott⁩, who received a bottle of Champagne from match sponsors ⁦@TempusDelay⁩ after the last-gasp win against Pompey. #AFCW pic.twitter.com/HoQZC99PaS

Also victorious on Saturday afternoon were Grady Diangana and Championship leaders West Brom, who claimed a hard-fought 1-0 victory against Middlesbrough at the Riverside.

Diangana was involved in several threatening moves in the match, setting up Filip Kroninovic and Matheus Pereira with a couple of pinpoint passes before himself heading just wide from a corner.

The tricky winger was on the pitch when Hal Robson-Kanu converted a goalmouth scramble with eight minutes remaining to keep the Baggies at the top of the English second division table.

Josh Cullen and Charlton Athletic, meanwhile, returned to winning ways in the Championship with a comfortable 3-0 home victory over in-form Derby County.

The Irish midfielder impressed for the Addicks throughout, recording his first assist of the season when Naby Sarr headed in his second-half corner to double Charlton’s lead shortly after half-time.

Macauley Bonne had given Lee Bowyer’s team the lead inside eight minutes, and after Sarr's goal gave them a measure of comfort, Conor Gallagher’s second-half screamer sealed a result that boosts Charlton up to seventh in the table.

Striker Jordan Hugill came on for the final half-an-hour of Queen’s Park Rangers’ thrilling 3-2 win at Hull City on Saturday, a result which keeps them in fifth.

The score was level at half-time as the teams traded first-half goals, and after Hugill entered the action, two late penalties from Eberechi Eze meant an injury-time consolation goal from Hull’s Josh Magennis made little difference.

In League One, 18-year-old defender Ajibola Alese came off the bench in the second half to help Accrington Stanley to a 2-0 win over league leaders Ipswich Town.

After Colby Bishop’s brace had given Stanley a comfortable cushion, Alese entered the field in the 67th minute to help his side to a clean sheet in front of the Sky Sports cameras, boosting them up to 17th in the table. 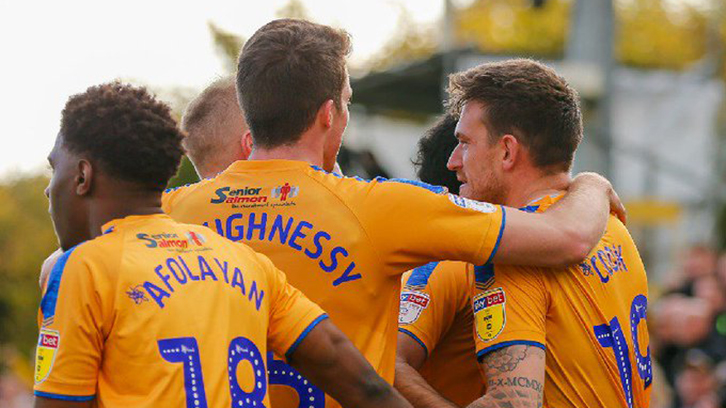 Also making an impact off the bench was Oladapo Afolayan for Mansfield Town in League Two, the striker entering the action with just over 30 minutes remaining and the Stags trailing 2-0 at Forest Green Rovers.

In Scandinavia, playmaker Sead Haksabanovic played the first half of IFK Norrkoping’s 1-0 win over Kalmar FF in Allsvenskan.

Midfielder Andreas Blomqvist’s first league goal of the season all but sealed his side’s fifth-placed finish in the division, barring an unlikely set of results in the final two games.

Martin Samuelsen played the full 90 minutes for FK Haugesund but could not build on his brilliant scoring form as his side went down 3-1 at league leaders Molde.

Etzaz Hussain had put the visitors in front on the stroke of half-time, but Molde stormed back in the second half, striking three times to leave Haugesund in eighth place in Eliteserien with five games to go.

They will now look forward to their Norwegian Cup Semi-Final against Odds BK, which takes place on Halloween eve.