Angelo Ogbonna: We have to wear our armour to win at Everton

Angelo Ogbonna and his West Ham United teammates are seeking a return to winning ways when they travel to Everton on Saturday.

The Hammers are without a victory in their last three matches in all competitions, including disappointing defeats at the hands of Oxford United in the Carabao Cup and Crystal Palace in the Premier League.

However, Ogbonna says that, with the right mental approach and level of performance, the Irons can bring the three points they desire home from Goodison Park.

For us, it is a good chance to step up, but it will not be easy and just because we talk, it does not mean things will happen. We have to wait, find our place and then take our chance

“We’ve got a chance to get back to the pitch and get the win,” he confirmed. “The last game, against Crystal Palace, I don’t think we played too badly, but it was such a tactical game where both teams were a little bit waiting for mistakes.

“To be fair, the VAR didn’t help us [with Jordan Ayew’s winning goal being adjudged narrowly onside], but this is football and I’m totally behind VAR. Maybe next time, the luck is going to turn around!”

West Ham may have seen their fast start to 2019/20 slow in recent weeks, but the overall feeling is that Manuel Pellegrini’s men are moving in the right direction, playing attractive, incisive football at one end of the pitch and looking more solid defensively at the other.

“I think, when you find teams that defend really deep and put players behind the ball, it’s so hard to find the space, so for us, to score a goal like we did against Crystal Palace was really good,” he recalled.

“We created lots of chances, but we didn’t take them all, including me, but that’s what happens.” 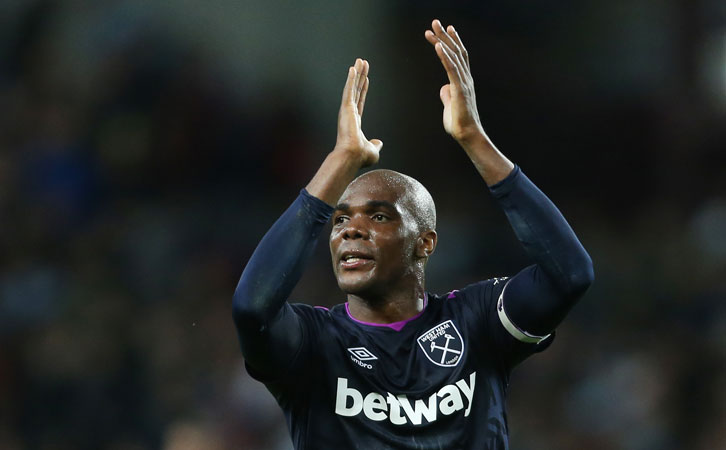 Next up is a trip to one of the Premier League’s few remaining traditional stadiums, Goodison Park.

There, Ogbonna and company will tackle an Everton team on a run of four straight top-flight defeats and sitting in the relegation zone.

Despite their own struggles, however, the Italian is taking absolutely nothing for granted this weekend.

“I am looking forward to this game, but every game in the Premier League can see your fortunes change, and games like this, like Burnley away, like Crystal Palace, like Brighton away, are tough games,” he confirmed.

“They will prepare for us and sometimes you have to wear the armour to keep your place in the table.

“For us, it is a good chance to step up, but it will not be easy and just because we talk, it does not mean things will happen. We have to wait, find our place and then take our chance.”

Marco Silva’s side may have scored just six goals in eight Premier League matches, but Ogbonna says the quality of attacking players in their side mean that record is sure to improve at some stage, but preferably not on Saturday!

“They will try to step up, so we have to be focused on not conceding, but they have a lot of quality and have spent a lot of money, so they want to compete like we want to compete,” he observed.

“They have good attacking players like Gylfi Sigurdsson, Alex Iwobi, [Dominic] Calvert-Lewin, Richarlison and a young player I heard a lot about when I was in Juventus and he was in the Academy, Moise Kean, who has a lot of skills and is very strong. But we just have to focus on our jobs and getting the three points.”

Antonio: I am going to go out and give my all