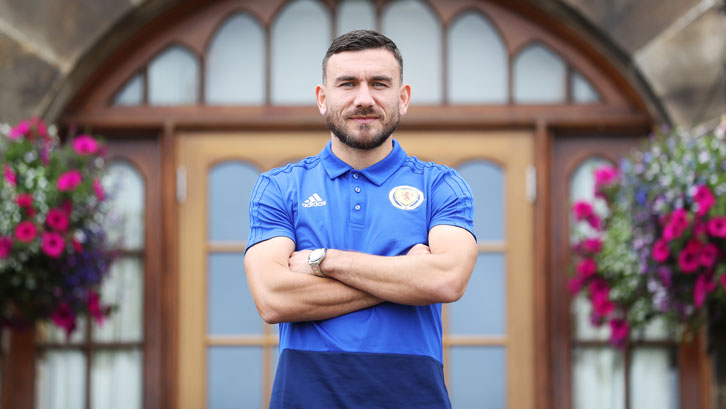 Thank you for giving me the opportunity to live my childhood dream.

It’s been such a special feeling pulling on that Scotland jersey since I was 16-years-old.

There have been many highs throughout my international career which I’ll always remember with fondness, including my debut against Northern Ireland and my hat-trick in Malta.

It’s now the right time for me to step aside, though, and retire from international duty and let the boys and younger players take my place and hopefully push the squad forward.

I want to especially thank the Tartan Army for the special support you’ve showed me over the years. I will never forget this.

A massive thank you also goes to everyone at the Scottish FA for looking after me since I was a young boy, including Frank Reilly, Doc McLean, Jonesy, managers, coaches, staff, the physios, massage therapists, kit men and the media staff I’ve worked with over the years.

I will now watch as a fan and I hope to see us play at a major tournament again soon. Fingers crossed the boys do it come March!