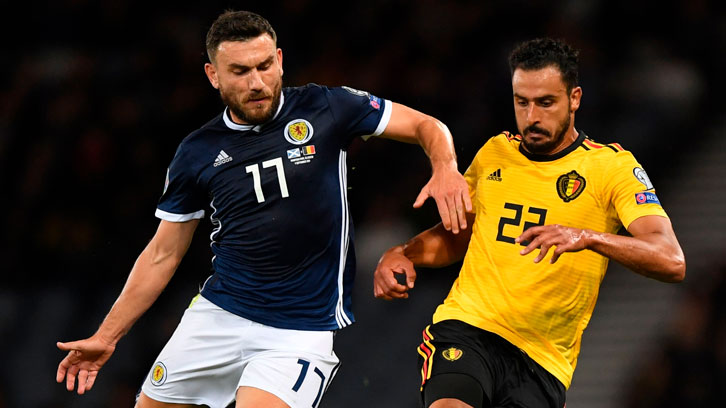 West Ham United midfielder Robert Snodgrass has withdrawn from the Scotland squad for the UEFA Euro 2020 qualifier against San Marino with a minor calf problem.

The 32-year-old played the full 90 minutes in the 4-0 Group I defeat in Russia on Thursday evening to earn his 28th senior cap, having received his call-up from former Hammers assistant manager Steve Clarke.

Snodgrass has seven Scotland goals to his name since making his debut against Northern Ireland in February 2011, including a memorable hat-trick in a FIFA World Cup qualifier in Malta in September 2016.

In his absence, the Tartan Army will be eager to score a morale-boosting victory over San Marino after making a slow start to their Group I campaign, which saw them lose in Kazakhstan and twice each to Belgium and Russia in their first seven matches.

Snodgrass will hope to return to action in his country's final two qualifiers away to Cyprus and home to Kazakhstan in November.

Scotland's hopes of qualifying automatically for Euro 2020 have gone but, after being promoted from UEFA Nations League C Group 1 last year, Scotland are assured of a place in the play-offs, which will see four countries from each of the four Leagues play-off in March 2020 for the last four places at the tournament.