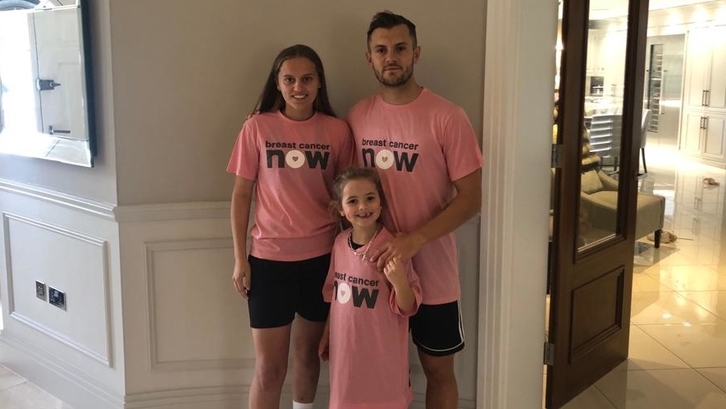 Jack Wilshere has thrown his support behind Breast Cancer Awareness Month by participating in the Wear it Pink campaign.

West Ham United have proudly backed Breast Cancer Awareness Month, in partnership with Breast Cancer Now, with the women’s team donning a special-edition pink shirt throughout October in order to raise awareness of the illness and the charity’s superb work.

West Ham’s commitment to increasing knowledge of breast cancer also includes educating players and staff on the signs and symptoms, running bucket collections to help fund research and producing educational content on how to detect the disease.

Men’s midfielder Wilshere has now also offered his support for the scheme by donning pink, as he looks to help highlight the support needed for research into breast cancer.

"Many of us know someone who has been affected by breast cancer," Wilshere said. "I want to show my support for the Wear it Pink campaign.

"I hope through many of us as possible wearing pink on October 18, we can raise plenty of awareness that will help such an excellent cause."