Cresswell: We want to build something special

Putting pen to paper on a two-year extension with West Ham United did not require too much hard thought for Aaron Cresswell.

The full-back has extended his deal with the Irons until 2023, which could take the No3 up to nine years in Claret and Blue.

Just over five years into his spell in east London, Cresswell has grown up as a West Ham player. In the place of the 24-year-old who moved to West Ham from Ipswich Town in 2014 stands a mature and experienced man, one who has built his life since joining the club.

“Extending my contract means everything,” Cresswell told whufc.com. “I’ve been here for six years now and my family is down here. My son was born here, and we’ve got another one on the way. My wife is happy down here and I’m happy down here. 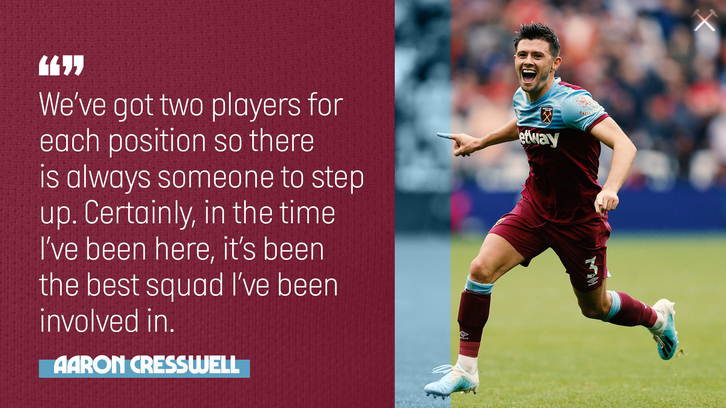 Cresswell has featured in some illustrious West Ham teams. From the team that sat in the Champions League places at Christmas 2014, after a fantastic first six months with the Irons for Cresswell, to the side that said farewell to the Boleyn Ground in style a year later.

For the left-back, though, there is no doubt that the current incarnation of the West Ham United team is the finest he has had the honour of being a part of.

With quality across the board in Manuel Pellegrini’s team, Cresswell is certain that this squad can accomplish something special this season.

He continued: “Going back to the last year we had at the Boleyn, we had a good squad. But look at this squad, the depth, the players and the signings we are making.

“We’ve got two players for each position so if someone gets injured there is always someone to step up. Certainly, in the time I’ve been here, it’s been the best squad I’ve been involved in.

“We want something special to happen. Come the end of the season, whether we have a good cup run or finish as high as possible in the league, that’s what we’re aiming to do. We want to take each game as it is and try to take maximum points and play good football at the same time. 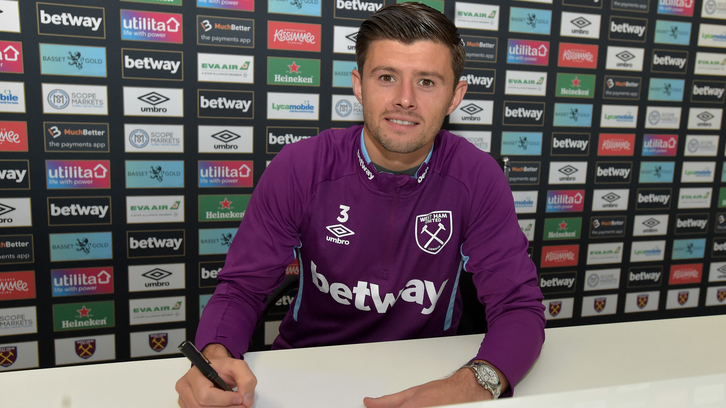 As West Ham’s third-longest serving player, only behind captain Mark Noble and defender Winston Reid, Cresswell has been at the heart of the progression of the team in the last half-decade.

The defender rightfully feels pride at his involvement in how far the team has come in that time but, determined as ever, Cresswell is targeting even more for West Ham United.

“I am very proud,” he added. “Thinking about the year I first joined under Sam Allardyce, to progress the way we have over the past few years, moving to London Stadium and getting back to the squad we have now. The Club is moving in the right direction and to be a part of that over the next few years is a proud feeling, and one I’m looking forward to.

“We don’t sit down as players or as a team and discuss where we want to finish. Of course, we want to finish as high as possible in the league. But our main focus is on the game every weekend. We want to give maximum points from the 38 games and see where it takes us.”