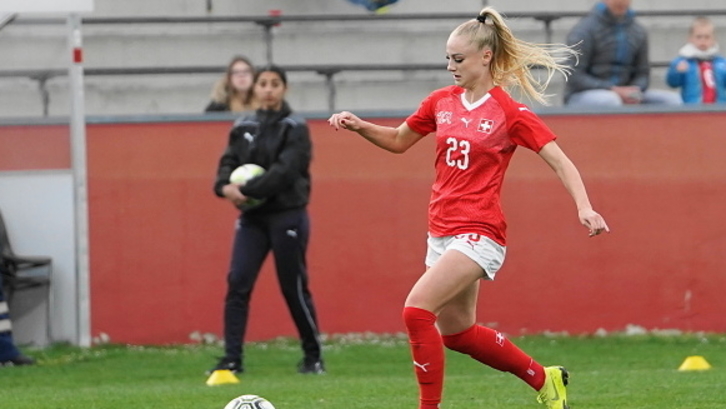 Alisha Lehmann and Leanne Kiernan were both on the winning side of their respective international fixtures on Tuesday as Switzerland beat Croatia 2-0 and Republic of Ireland defeated Ukraine 3-2.

Lehmann started for Switzerland in their UEFA Euro 2021 Women’s Championship Group H qualifier against Croatia, on the left of a three-player attack also featuring Ana-Maria Crnogorčević and Géraldine Reuteler.

It was Lehmann’s fellow attackers who secured the result, with both netting in the first half to earn Switzerland the 2-0 win.

Kiernan, meanwhile, came on from the substitutes’ bench for Ireland after 71 minutes in place of Heather Payne.

The striker, who returned for West Ham in recent weeks, helped her team to see out a 3-2 victory against Ukraine. Ireland had been two goals up thanks to Katie McCabe and Rianna Jarrett, but Lyubov Shmatko and Ojha Ovdiychuk fired back to level the game before half-time.

The points were secured thanks to Lyubov Shmatko’s own-goal on 52 minutes, meaning Republic of Ireland have maximum points from their two matches played.

Goalkeeper Courtney Brosnan was on the bench for the first time for Republic of Ireland but did not make her debut for the nation.

Meanwhile, Cecilie Redisch Kvamme and Kenza Dali were both unused substitutes for Norway and France, respectively, as France claimed a 3-0 win away to Kazakhstan and Norway claimed an incredible 13-0 away win to Faroe Islands.