West Ham United is delighted to announce that Aaron Cresswell has signed a contract extension until 2023.

The Liverpool-born left-back has pledged his long-term future to the Club after enjoying an eye-catching start to the new season, highlighted by the outstanding free-kick in the Premier League win over Manchester United at London Stadium.

The third longest-serving current Hammer behind captain Mark Noble and Winston Reid, the popular full-back was pleased to commit himself to the Claret and Blue cause for the next four years.

To extend the stay is fantastic news for me and my family. I’m looking forward to the next few years ahead.

“I’ve been here for six years and I’ve loved every minute of it,” said the No3, who has made 184 appearances since joining the Irons from Ipswich Town in summer 2014. “I want to continue that and, thankfully, to extend the stay is fantastic news for me and my family. I’m looking forward to the next few years ahead.

“We’ve got a fantastic changing room. Everyone gets on. There are no egos and everyone is together. If you want to push on and kick on in the league, then you need that team spirit and togetherness. I think we’ve certainly got that.

“We’re all on the same page – the owners, the board, the coaching team, the players and the fans. We’re all pushing in the right direction and, if we can keep doing that, we’ll be okay.”

A former Liverpool schoolboy, Cresswell began his career across the River Mersey with Tranmere Rovers before joining Ipswich as a 21-year-old in 2011.

After three fine seasons in the Championship, the defender was snapped up by Sam Allardyce and immediately settled into life in the Premier League, being crowned Hammer of the Year at the end of his debut season in east London. 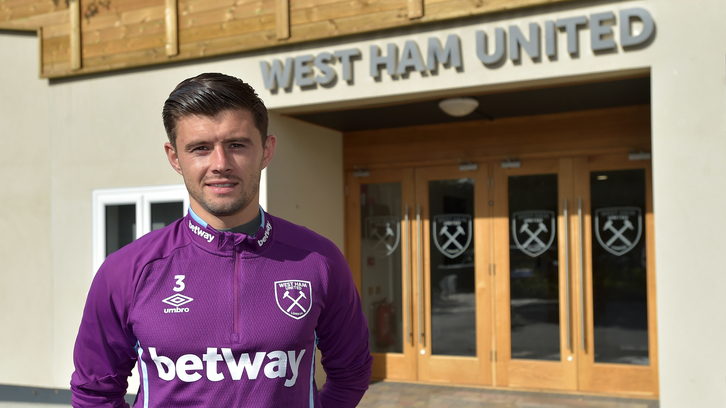 Since then, he has continued to produce the goods, helping the Hammers to a seventh-place Premier League finish in 2015/16, and scoring a number of spectacular goals.

Cresswell’s consistency saw him called into the senior England squad in November 2016, when he debuted against Spain at Wembley Stadium. He has featured twice more for his country in 2018, appearing against France and Lithuania.

He becomes the fourth player to sign a new deal with the Club this season, following Manuel Lanzini, Arthur Masuaku and Robert Snodgrass.

West Ham United would like to congratulate Aaron on his new contract and wish him the best for his future career in Claret and Blue.