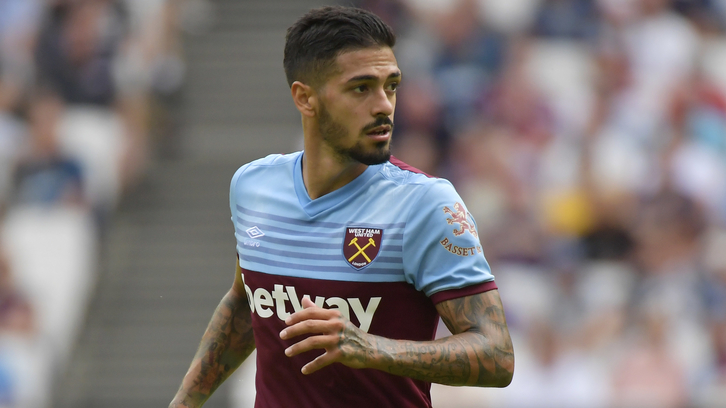 Every player has a team they just click against. For Manuel Lanzini, that team seems to be Crystal Palace.

Since joining West Ham United in 2015, initially on loan, the Argentinian has featured against the Eagles five times. In those matches, Lanzini has played a hand in five goals, scoring four times and registering an assist for another.

It is the midfielder’s best record against any side during his career, having won three and drawn the other two of his matches against Crystal Palace. With Roy Hodgson’s side visiting London Stadium on Saturday, Lanzini is looking to keep his personal run going. 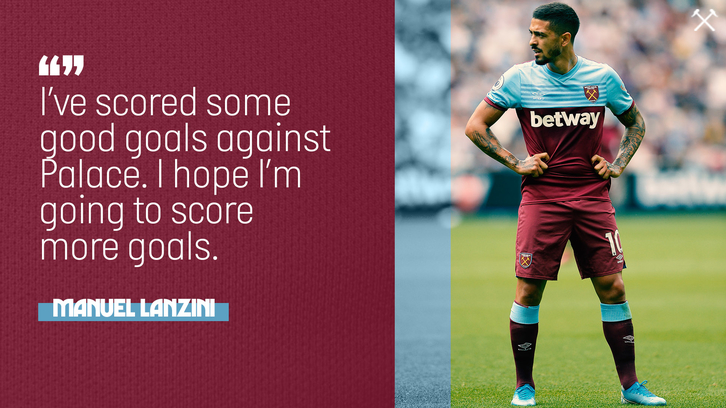 “I’ve scored some good goals against Palace,” he told whufc.com, a grin forming across his face. “I hope I’m going to score more goals.

“I think it will be a very hard and difficult game. They are playing well, and they have some very good players, so we will need to work hard and keep playing in the way we have been; with the same spirit. We need to take the three points to continue our good start.

“We need to focus on ourselves and on our team. We know we need to respect Palace. We know that if we play without it, we will concede the three points. We need to stay focused and concentrate.

“We have to work hard and be at our best. It’s a derby and, for the fans and for us as well, it’s a very important game. It’s a difficult game but we know we can win and hopefully send the fans home happy.”

The No10 returned from a brief injury from the bench last weekend away to Bournemouth, having enjoyed a strong start to the 2019/20 campaign. Lanzini’s efforts have helped the Irons take 12 points from seven matches this season, and the creative talisman credits his good form to having a full pre-season.

He continued: “I’m feeling good. I’m feeling okay. The injury was okay; I recovered really quick, which is really good for me and the Club.

“I’ve done a whole pre-season, 100 per cent of it, which has been very important for me. I think that is the reason I have been playing at 100 per cent for the team and I think I, and the team, have been doing very well.”

Now in his fourth year as a Hammer, Lanzini is relishing his role in midfield and playing with the likes of Sebastien Haller, Felipe Anderson and Andriy Yarmolenko on a weekly basis. 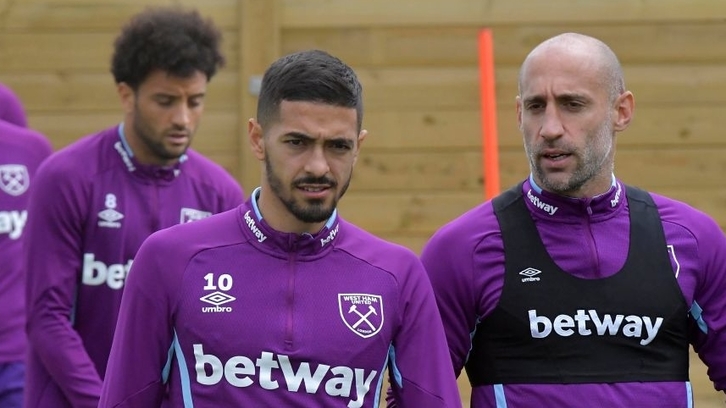 With a higher competition for places, Lanzini says the pressure for every individual to be at their best is driving the side to new heights already this campaign.

“This year, the team is much better,” he added. “We fully understand what the manager is saying and what he wants from us. We have a lot of good players and we have the experience we need to stay in the high positions in the Premier League.

“It’s great playing with the likes of Seb, Felipe and Andriy. It’s easy as well when you have good players around you. You also have [Pablo] Fornals and Michail [Antonio], who is out at the moment.

“Having those good players is good for us. There’s more competition and it’s more difficult to get into the team. It means everyone has to stay at 100 per cent to play.” 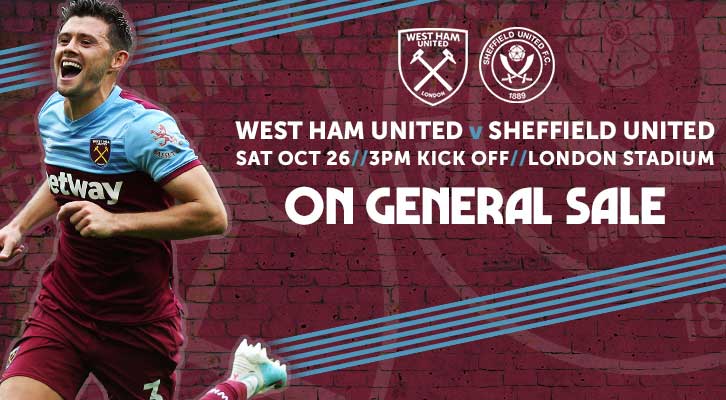