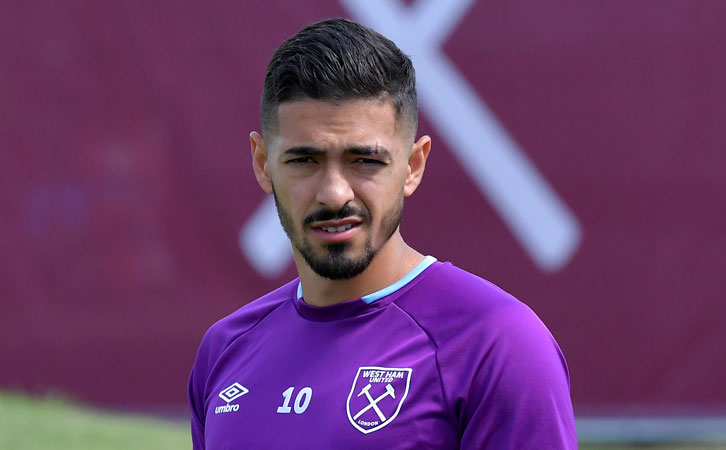 Manuel Pellegrini has no fresh injury concerns ahead of Saturday’s Premier League derby at Chelsea.

Pellegrini will be without Lukasz Fabianski, Manuel Lanzini and Jack Wilshere for the trip to Stamford Bridge, where West Ham United will be seeking to end a run of seven top-flight games without a win.

Speaking in his pre-match press conference, the Chilean told the media he expects goalkeeper Fabianski and midfielder Lanzini to recover from their respective hip and shoulder injuries on schedule, if their rehabilitation continues to go to plan.

Winston Reid is playing already 90 minutes with the U23s, so next week he will start working with us

“One not available is Jack Wilshere,” the manager began, when asked for team news. “He continues with some problem in his movements. I hope that next week he will start working with the squad.

“Lukasz Fabianski is continuing with his recovery from his surgery. The diagnosis of Lukasz is clear – after you have surgery, you need some amount of time to recover, so he’s working the same way we expected from the first day. We will see what the doctors say. In his last month, in one month more, you don’t know how he is, but the first date that was around was around Christmas, but we cannot give you an exact date.

The manager also revealed that Winston Reid will return to full first-team training next week after successfully playing his first 90 minutes for the U23s in Wednesday’s 3-1 Premier League International Cup win at Brighton & Hove Albion, saying: “Winston Reid is playing already 90 minutes with the U23s, so next week he will start working with us.”

With Reid not quite ready to return to Premier League duty, and Issa Diop suspended for Saturday’s game after picking up his fifth booking of the season against Tottenham Hotspur last weekend, Pellegrini revealed that Declan Rice could move back into the defence against his old club.

“Declan knows perfectly how to play in that position,” he observed. “Maybe last game [against Tottenham] he had to play in that zone because Issa was yellow carded [and substituted in the second half].

“That was a risk and we had all our back empty because we tried to score. I think it was a good change to put him back and go with Carlos Sanchez in [defensive midfield]. We scored two goals because in that moment we were losing 3-0.

“Everyone of course was criticising me in that moment that Issa went off, but when you are not winning, you must understand that everyone will criticise you. We’ll see which is the best option for the team and which position is better for him (Rice) to play in.”