Michail Antonio: Tottenham is a special game for all the boys

Michail Antonio is hoping to return to action in Saturday’s ‘special game’ against Tottenham Hotspur at London Stadium.

West Ham United’s No30 has been out since suffering a hamstring injury in the Carabao Cup second-round win at Newport County on 27 August.

But, after making a goalscoring return in a training ground friendly with the Hammers’ U23s, Antonio is desperate to help the first team end a run of six Premier League matches without a win by securing a victory over their nearest rivals.

It’s one of those games where we feel like we need the win, because it’s not just for us – it’s for all the fans, and we know how special it is to them

“It’s a special game for all the boys,” Antonio told Saturday’s Official Programme in an exclusive interview with West Ham legend Tony Cottee. “It’s one of those games where we feel like we need the win, because it’s not just for us – it’s for all the fans, and we know how special it is to them.

“Obviously, it’s another three points we’re playing for so that we can climb higher in the league and if we beat Spurs on Saturday, we’d jump higher than them…”

Antonio, of course, was West Ham’s match-winner last time they faced Tottenham, netting an historic goal as the Irons became the first visitors to win at Spurs’ new stadium in April.

The 29-year-old celebrated with the Claret and Blue Army in typically outlandish style, but when Cottee asked him to recount the moment, Antonio himself admitted the memories were a little scrambled!

“The goal is a blur for me right now!” he smiled. “Even on the day, I had to watch it back to realise what had actually happened. I was trying to explain it to someone afterwards, but when I watched it back, it was just completely different to what I’d described.

“All I remember now is Dec [Rice] running with the ball and finding Marko [Arnautovic]. I dropped a shoulder and ran in behind, and Marko found me with an amazing ball. It hit me straight on the chest, and I just hit it into the far corner.”

Of course, Antonio will only have the chance to score another important derby goal if he is deemed fit enough to play by manager Manuel Pellegrini.

And while the forward is naturally desperate to pull his boots on again from kick-off on Saturday, he admits he may be more likely to start the game on the bench.

“Coming back from injury is always difficult because no matter what you do, match sharpness is completely different to what you can replicate in training,” he explained. “I’m looking to be around the squad. It’s up to the gaffer whether he feels I’m ready, but I’ve done everything I’ve needed to do.

“I’ve got the fight and I want to play, so hopefully I can just continue where I left off because I’d started the season well. Hopefully I can just go back on the pitch and go ‘yep, I’m back’. That’s what my plan is, but it’ll be difficult.

“I’ve been training with the boys, though, and I’m feeling good.” 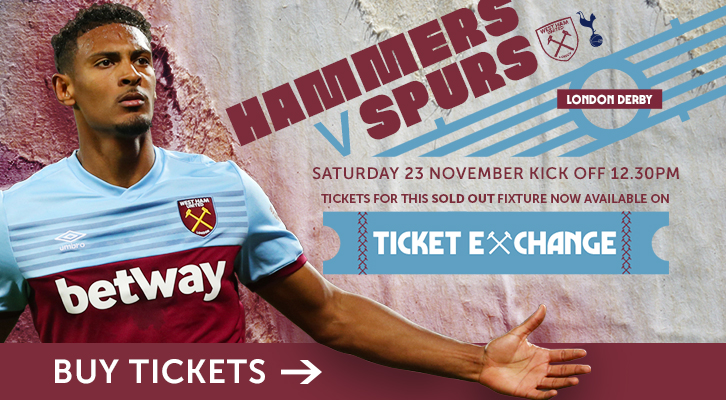