West Ham United's 3-0 victory over Tottenham Hotspur on New Year's Day 1983 may be best remembered for Tony Cottee's debut goal as a fresh-faced 17-year-old - but it was also a significant day for another Hammer.

Alan Dickens would go on to feature 234 times in the Claret and Blue - and that visit of this Saturday's opponents was the first time he stepped out at the Boleyn Ground.

The Plaistow-born midfielder was a key member of the famous Boys of '86 side, which secured the club's best-ever league finish of third in 1986/86, but his home debut - and memorable victory over Spurs - will always hold a special place in his heart.

Secure your seat for Tottenham now by clicking here

"London derbies are fantastic games, and Tottenham may be the one that the fans love the most," he said.

"We’d won the FA Youth Cup against Spurs in 1981 and there were one or two who’d broken into the Spurs team, so you did know a lot of the players who were if not in the team, in and around the squad.

"That game on New Year's Day 1983 was my home debut as well, and me and Tony [Cottee] roomed together the night before.

"Neither of us had a clue that we were going to play, we had no idea whatsoever.

"I think we got there an hour before the kick-off and John Lyall said to me that I was playing. I thought ‘okay’, then Tony got picked as well, so it was a bit daunting at the time.

"I think Glenn Hoddle was playing and Steve Perryman, and I was going to go and play in midfield against them!

"It was an ‘OK, I’ll have a go’ kind of thing but it worked out. We played really well that day – Tony got his goal, and we were worthy winners, so it's fantastic memories.

"I’d been at West Ham since I was eleven, watching West Ham play Spurs and all the big games, and Trevor Brooking and all those fantastic players, and for me to get a chance to play was a bit surreal really. It just happens, doesn’t it, sometimes, and I’m very grateful that it did." 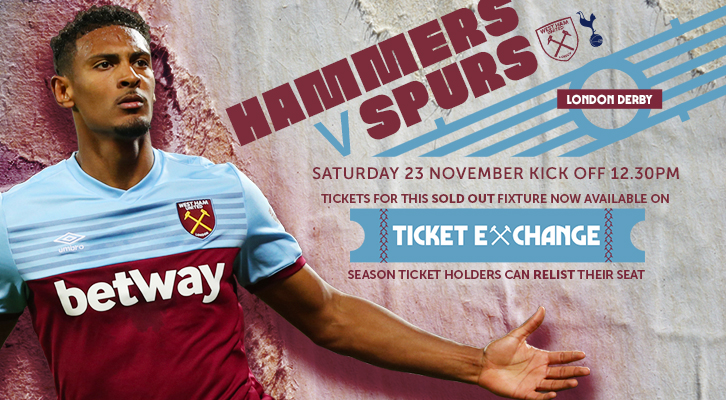