Kiernan: Ireland will not take Greece for granted 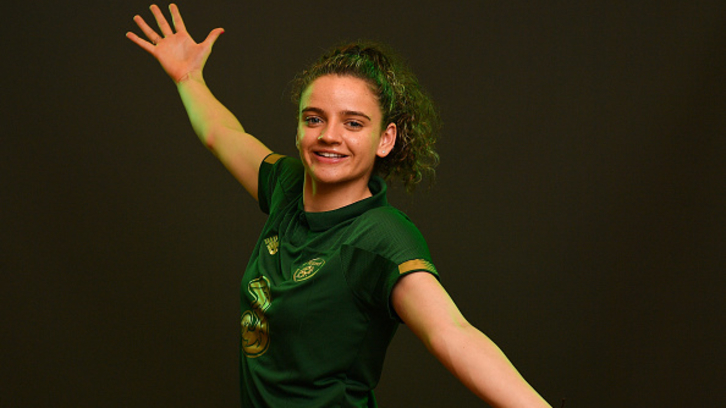 Leanne Kiernan believes victory over Greece will be crucial if the Republic of Ireland are to reach the 2021 UEFA Women’s Championship Finals.

Having won both of their matches in Group I so far, including a 3-2 victory against Ukraine over the weekend, Kiernan and her international teammates take on Greece on Tuesday.

Ireland sit second in their group, behind leaders Germany, and the West Ham striker believes qualification is progressing nicely for the side.

But the 20-year-old feels another three points this week, in her nation’s final international match of 2019, could prove pivotal in the race to teach the competition finals in England in 2021.

Going to Greece and taking three points is our priority. It's the likes of these games that we need to get a result in.

The three-best performing second-placed teams will also advance to the final tournament, while the remaining six second-placed sides will meet each other in a play-off to determine the final standing for the 2021 competition.

Kiernan said: "It has gone well so far. We are delighted with our result against Ukraine so going to Greece and taking three points is our priority.

"We’re not taking any of them for granted. It’s the likes of these games – the teams that aren’t quite at the level of Germany – that we need to get the result in.

"I enjoyed coming on against Ukraine when I could and overall it’s nice being back with the girls. I’m happy to be back in camp.”

Kiernan came off the bench for Ireland versus Ukraine and was also a substitute in West Ham’s last outing, providing the assist for Alisha Lehmann’s winner away to Reading. 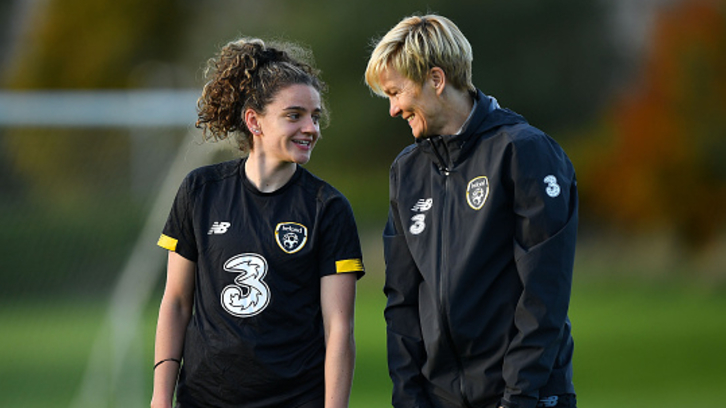 The forward was delighted to play a huge role in the Irons’ last victory and believes the league is becoming even more competitive, thanks to the addition of Manchester United and Tottenham to the division.

"It’s going well at West Ham, we beat Reading last week, so it is nice to come here on the back of a win,” Kiernan added.

"The standard has improved massively in England. The likes of Tottenham Hotspur and Manchester United have brought more competition. We played Tottenham Hotspur in our stadium – the London Stadium – and there was a massive crowd. It is great for women’s football.

“The World Cup had a big impact. It had a few million followers so it’s nice to see. It is great to see the support we get in Ireland at our international games and hopefully it grows more and more."