Manuel Pellegrini: We need to work very hard to recover our level of performance 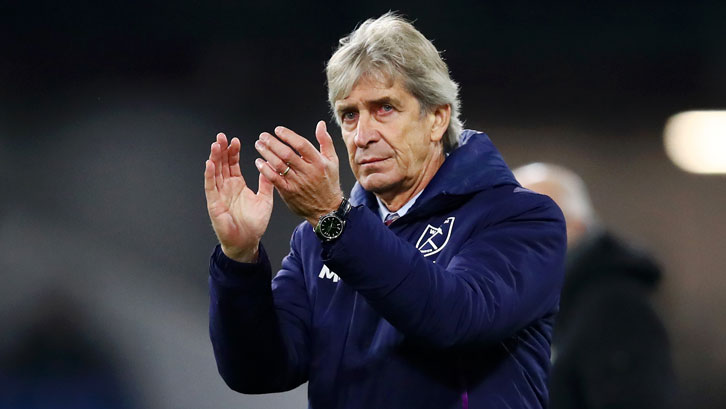 Manuel Pellegrini says his players must work hard throughout the international break to rediscover their trust in one another and end West Ham United’s recent downturn in form.

The Hammers’ winless run stretched to six Premier League matches with a 3-0 defeat at Burnley, where a combination of defensive errors, controversial decisions, a subpar performance and injuries contributed to a disappointing afternoon.

The Clarets went ahead at Turf Moor from a corner that was incorrectly awarded, before mistakes enabled the home side to put the game beyond the visitors, who also lost Mark Noble to an ankle problem and Manuel Lanzini to a shoulder injury that saw the Argentinian taken to hospital.

We have 15 days and we will try to recover, not only in [terms of] the result but in the trust we are demonstrating in each other

“I think it’s a good time for a break,” Pellegrini confirmed. “We need to work very hard and review this situation. Maybe last season was different but we had less points than we have [at the same stage] this season, so I hope we are going to return to a normal level of performance as soon as possible and produce a good performance next time.

“Of course, we are in a very different moment [from the opening six games of the season, when we collected eleven points], but you need to perform as a team. At this minute, a lot of players are not performing but we have 15 days and we will try to recover, not only in [terms of] the result but in the trust we are demonstrating in each other.

“It’s about more than confidence; it’s because we are conceding too many goals. If you look at the three goals we conceded against Newcastle, it was because we didn’t concentrate and the result in the Premier League is decided by one or two points that decide the game, so if you concede so many easy goals, it is very hard to win.”

Having spoken before the game about the need to concentrate harder when defending set plays, West Ham fell behind when Ashley Barnes prodded James Tarkowski’s header into the net from Ashley Westwood’s corner – a corner awarded despite the ball appearing to be deflected behind by Barnes.

After Fabian Balbuena’s error allowed Dwight McNeil to set up Chris Wood to double Burnley’s lead, another Westwood corner was diverted into his own net by Roberto.

Pellegrini confirmed the manner of the goals his team has been conceding in recent matches was frustrating.

“I think that we made big mistakes in conceding goals,” he said. “We conceded the first goal again from a set piece; from a corner that wasn’t a corner but was a refereeing mistake, but we must defend better from that corner.

“After that, two big mistakes decided the game. Of course, it’s very difficult for a team to play when you concede so many easy goals, not from the play of the opposition but because you are conceding easy goals.

“I prefer not to analyse individual performances. I’m talking about us as a team and I repeat that, if you concede so many goals due to your mistakes rather than the merit of the other team, of course the morale of your team is not the same, you stop playing with any trust and that’s what happened today.”

Finally, Pellegrini said it was too early to give a definitive update on Lanzini’s condition. The No10 was given oxygen on the pitch before being stretchered off and was taken to hospital by ambulance shortly after the final whistle.

“I don’t know exactly in this moment,” he said. “We will see with the doctor what has really happened with his shoulder, but I think he will probably be out for some time.”