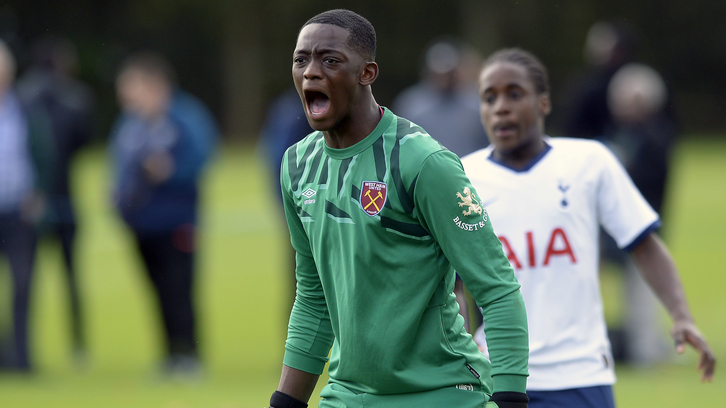 The 17-year-old goalkeeper once again completed 90 minutes for his country in Brazil, but was left with little chance with any of the Netherlands three strikes.

A hattrick from Sontje Hansen proved to be difference between the two teams on Tuesday evening, and 5-time U17 World Cup winners Nigeria were left to rue missed opportunities following their exit.

Jinadu started two of Nigeria’s World Cup group games, making a number of vital saves on both occasions that helping the young Super Eagles to qualify for the knock-out stages as Group B winners.

Fellow West Ham U18s goalkeeper Krisztian Hegyi had earlier departed the tournament as his Hungary U17s side failed to progress through the group stage.

Both goalkeepers will now return to Chadwell Heath and will be back in West Ham U18s action in the coming weeks.

Diallo: U23s refused to go under and dug in

Halajko: We had spells when we were fantastic tonight

Coventry: We have the fight required

Halajko: U23s getting stronger as the season goes on

Halajko: U23s can be proud of their performance

Forson: U23s will keep on fighting