West Ham United’s performance away to Reading was thoroughly deserving of the victory and the three points, according to a delighted Matt Beard.

Alisha Lehmann’s 75-minute strike was the difference at the Madejski Stadium on Sunday, securing a crucial win in the FA Women’s Continental Cup group stages.

Beard was thrilled with how his side performed against the Royals in what the head coach admitted was a must-win game for his Hammers.

“It was a really good team performance today,” Beard told West Ham TV. “We had to dig deep at the end. Reading are a direct side that put you under pressure, and they are very dangerous at set plays as well, but I felt we dealt with it well.

With his team lining up in a 3-4-3 formation, West Ham were able to keep a crucial clean-sheet, something Beard was particularly proud of. 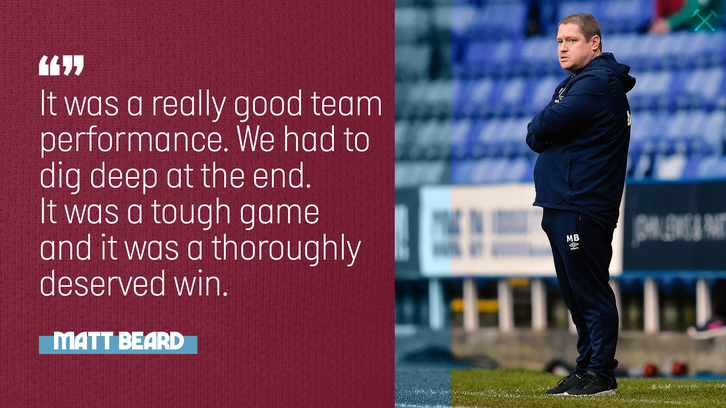 The introduction of both Tessel Middag and Leanne Kiernan from the bench also proved critical, with the duo combining to set up Lehmann’s finish.

“With the formation, we wanted to create some more overload centrally,” Beard continued. “Reading are quite a narrow side when they’re in possession and they put you under pressure. If you can break that first press, then there is a lot of space in-between the lines. Their centre-backs engage with the front players, so we tried to drop two players into those pockets, and it worked well for us.

“The clean-sheet was massively important. We’ve given up some soft goals. but today we did well. We identified in the clips after Chelsea and today everyone put their bodies on the line to see the 1-0 through.

“With Leanne back fit, her pace gives us an opportunity to cause teams problem. I thought Tessel came on and did really well too. I just wanted her to come on, sit just in front and keep things simple. Within two passes, we got the ball in the net, which was really pleasing.”

West Ham completed Sunday’s huge win without captain Gilly Flaherty or striker Martha Thomas, but Beard is hopeful that the duo will be back in contention after the international break. 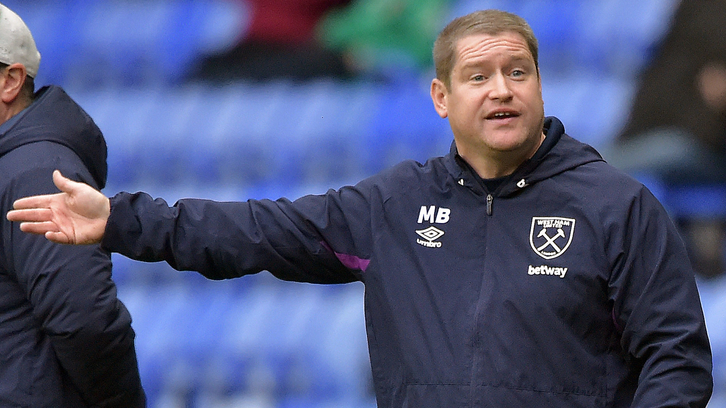 The head coach is hopeful that today’s victory will begin a good run for the Hammers, starting away to Manchester City.

He added: “We always planned for Gilly to come out for this two-week period. She’s had a little knee problem, so she needed to be off feet. She will be back in full training for the week leading into the Manchester City game.

“Martha has a bit of a foot issue which has unfortunately taken her out of the Scotland camp. But we hope she will be fully fit for Manchester City as well.

“The ones going away on internationals can go away with smiles on their faces, knowing we’ve put in a good performance. Similarly, the ones staying at home will also have smiles on their faces as we work towards the next one in training. From that perspective, it is really important.

“We had the defeat against Tottenham before the last break and we had a great response afterward. For me now, we just need to get that consistency within our performances.”