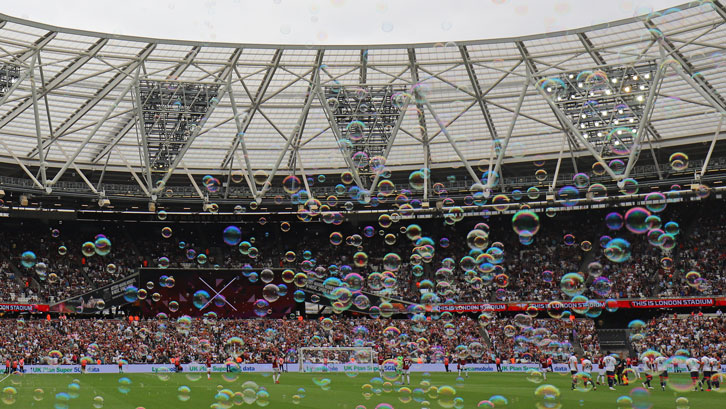 West Ham United is delighted to announce that at today’s 5pm deadline for Season Ticket renewals, a record 94% of Season Ticket Holders have renewed for the 2019/2020 Premier League campaign, surpassing even the previous renewal rates at London Stadium, and setting a new record in the Club’s illustrious history.

The record rate includes those who snapped up the Half Season Tickets when we increased London Stadium capacity to 60,000, meaning with almost 40,000 fans on the Waiting List, Season Tickets are set for another early sell out ahead of the second season with manager Manuel Pellegrini in charge.

Captain Mark Noble said: “The loyalty that our fans show every season is fantastic – once again it just blows me away. The lads massively appreciate the support we get and seeing London Stadium packed out every week gives us a massive boost, which I think has showed in our results at home this year. To get 60,000 supporters through the door just shows the scale of the Club and the potential we have.

“Next season should be really exciting, under the manager we have looked to play attacking football and entertain, and that will continue, so hopefully next year we can reward the fans’ loyalty with some great performances.”

After this, Season Ticket Holders on the Waiting List will have the opportunity to secure the limited remaining seats in order of the date they joined.

Supporters nearest the top of the Waiting List will receive details of their priority sales window via email and SMS so we strongly recommend updating your personal details online at eticketing.co.uk or calling the Ticket Office on 0333 030 1966.

Everyone at West Ham United would like to thank our Season Ticket Holders for their continued and loyal support in this exciting time ahead of the season kick-off in August.