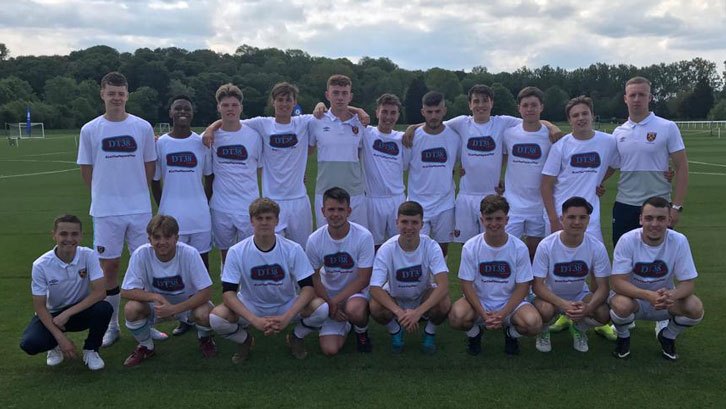 West Ham United Foundation U19s have followed in the footsteps of their Second Chance Academy counterparts by winning a trophy!

And now the Foundation’s own U19 team have lifted a piece of silverware of their own after defeating Chelsea 1-0 in the National Football Youth League Trophy final.

Set up in 2002, the National Football Youth League (NFYL) bridges the gap between Academy and College football, raising standards for and aspirations of talented football players in full-time education and outside of the Academy system.

The West Ham Foundation side has been run in partnership with Woodlands School in Basildon, Essex, since 2016, with the players receiving a post-16 education to help set them up for successful adult lives.

Academy Manager at Woodlands School, Mike Reed, said: “In the three years of this partnership, there have been huge successes. These have included a promotion title, an Essex Cup win and now a National Football Youth League Trophy win.

“The Woodlands Football Academy is gaining fantastic momentum alongside West Ham United Foundation and we are excited to see it develop further. Full credit and thanks to all my coaches and the students in this very successful season.”

In the three years of this partnership, there have been huge successes

After being separated by just a point in the final NFYL Southern Premier Division table, with each winning one of the two league meetings, the London rivals went head to head in the final at the Blues’ Cobham training ground.

There were huge expectations for the final and, after West Ham had warmed up in DT38 Foundation t-shirts before kick-off, the teams started off equally, with not a lot between them. However, 15 minutes into the first half Kane Gilbert scored a goal for the Hammers.

West Ham created the better chances throughout and won two second-half penalties, only for both spot-kicks to be saved by Chelsea goalkeeper Dan Stedman.

However, the home side were unable to fashion an equaliser and the Hammers held on to win 1-0 and lift the trophy.

The victory added a second cup to the team’s collection, as the Irons’ Foundation side also won the Essex U19 Schools Cup.