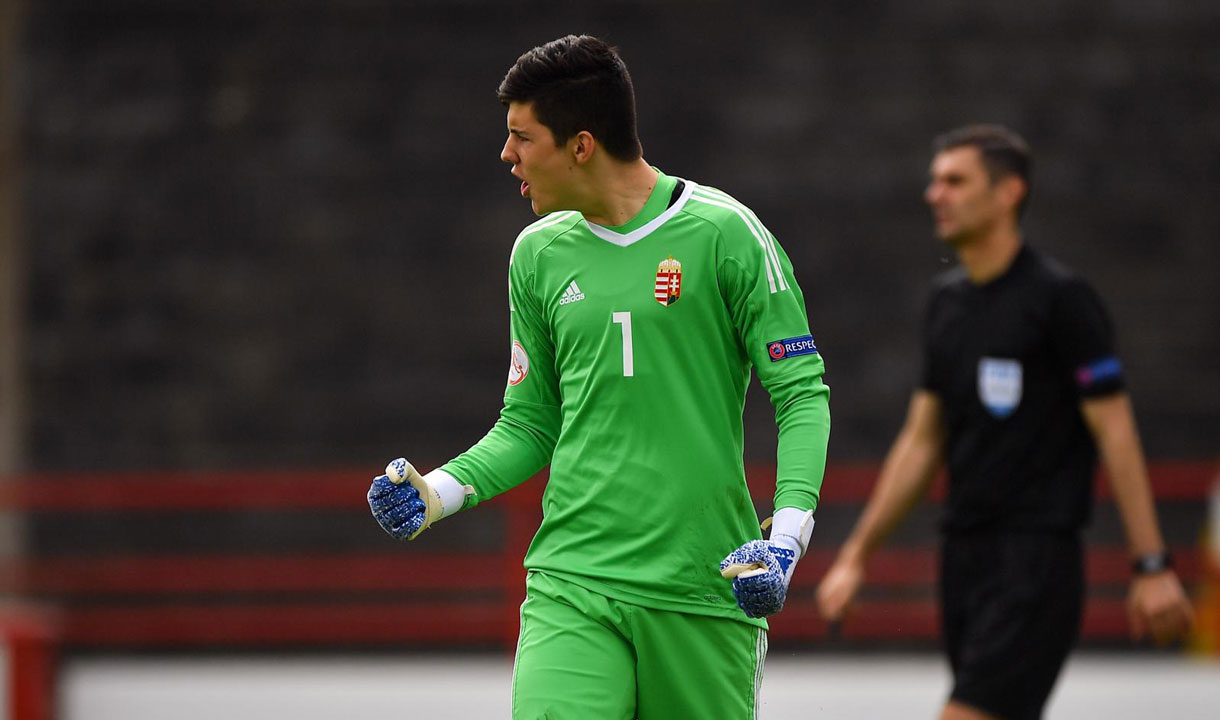 West Ham United is delighted to confirm that young Hungarian goalkeeper Krisztian Hegyi has joined the Academy of Football.

Regarded as one of the brightest goalkeeping prospects in Europe, the 16-year-old impressed first-team goalkeeping coach Xavi Valero before international clearance allowed him to make his U18s debut against Brighton & Hove Albion in April.

He also recently represented Hungary in the UEFA U17 European Championships, playing a crucial role in helping his team to a fifth-place finish which saw them achieve qualification for the FIFA U17 World Cup later this year.

Following the recent multi-million redevelopment of Chadwell Heath, Hegyi has all the tools available to him to continue his upward curve in the game and Valero, who was a major influence in persuading him to choose the Hammers as his home, is excited at the opportunity of working regularly with him to develop his burgeoning talent.

The Spaniard said: “Krisztian is one of the most highly-rated goalkeepers of his age in Europe and it is a real coup to be able to bring him to the Club.

“We invited him and his family over to see all the facilities at both Chadwell Heath and Rush Green and they were incredibly impressed by the ambition, history and commitment to youth and the future of the football Club.

“Krisztian attracted interest from a number of the world’s biggest clubs so we are very pleased that he has decided to commit his future to West Ham United and look forward to seeing how he develops over the coming years.”

Hegyi joins the Club from Haladas and has made the move to London from his home city of Budapest.