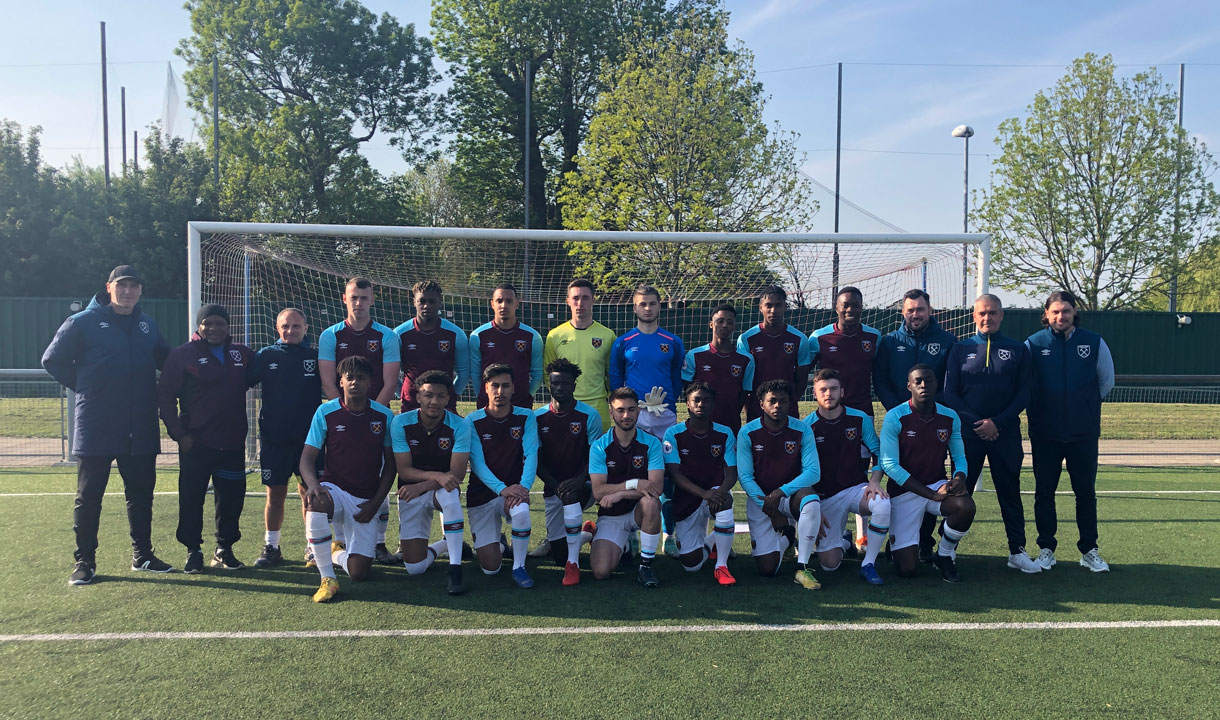 The 5-1 victory gave the Hammers side an unprecedented hat-trick of SCL crowns, having already finished top of their league and lifted the Challenge Cup.

Those trophies have come on top of winning the U19 National League, meaning the Second Chance Academy’s trophy cabinet is overflowing this summer, with the quadruple now complete.

This week’s victory came as a result of a composed performance, in which they dominated from the off. The team pressed early over the pitch and 20 minutes into the contest, Valentine Iheanyiogo scored following a successful counter attack to take the Hammers 1-0 up.

Heading into the second half the West Ham team returned with confidence and scored another goal from Ibrahim Rashid to strengthen their lead.

Hednesford Town managed to knock one past West Ham goalkeeper Connor Hardy, but this was quickly followed by an own goal to restore the Hammers’ two-goal lead.. During the final ten minutes of the game two more goals were hit into the Hednesford net, securing victory again for the Hammers.

The match was played in good spirits by both teams and when the final whistle was blown it was clear what winning the SCL treble, and quadruple overall, meant to the players, staff and their families and friends.

The Second Chance programme gives players that have been released from academies another opportunity to return to professional football. The programme combines training with the Academy and an education programme with employability pathways, to allow many to progress to become coaches and scouts.

Arran McManus, the group’s course tutor, spoke highly about the boys conduct throughout the season.

“It has been a total pleasure working with this group this season,” he said. “The boys have always done exactly what’s been asked of them – their attendance, attitude and behaviour has been excellent and this mindset has been shown on the pitch.

“The boys came into this game focused on the job in hand and can now say what a great achievement it is to have won the quadruple. I can’t wait to start working with next year’s squad already”

Jimmy Hampsheir has been the coach for the Chadwell Heath Blues this season and praised the achievements of the boys.

“The boys truly deserve this victory as they have worked so hard over the past ten months and this could be seen on the pitch,” he added.

“Some aspects of the game tonight were difficult, but they all worked together as a team and focused on their desire to complete something never before done by a Second Chance team. They have grown into a group of well-rounded boys and I couldn’t be prouder of them”