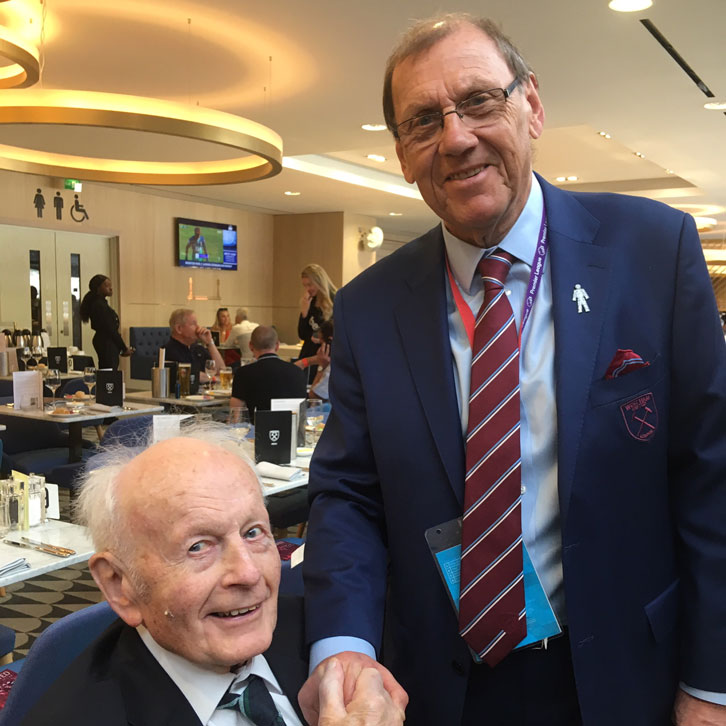 As one of the Irons’ longest-serving fans, Bart and his son Will were treated to hospitality in recognition of his long and loyal support, and while there took the opportunity to discuss the Hammers’ 1960s heyday with former striker and matchday ambassador Brian Dear.

Born in March 1924, a young Bart trained as an engineer and helped develop communications systems used by the Armed Forces before working for his family’s building company, JL Glasscocks, where he came into contact with future Chairman and Honorary Life President Terence Brown and strengthened his love for the Hammers. He also played non-league football for Takeley.

We got Season Tickets again in the 2000s... and we now sit in the Billy Bonds Stand at London Stadium, which is wonderful. We will renew for next season, too!

“I remember coming to West Ham for the first time in the 1950s, watching fantastic players such as Noel Cantwell, Frank O’Farrell, John Dick, Malcolm Allison, Vic Keeble and John Bond,” he said.

“In the 1960s, I started bringing my son Will to matches at Upton Park and together we enjoyed that wonderful spell of passing football, with Ronnie Boyce and Ken Brown our being particular favourite players as well as the World Cup winning trio. Later we saw Trevor Brooking’s first game and Billy Bonds emerging as a new favourite.

“We got Season Tickets again in the 2000s, when we sat in the West Stand at Upton Park, and we now sit in the Billy Bonds Stand at London Stadium, which is wonderful. We will renew for next season, too!

“There have been so many wonderful memories and hopefully many more to come in the future... Come on you Irons!”

*West Ham United Season Ticket renewals are now open for the 2019/20 season - so make sure you renew before the 31 May deadline! 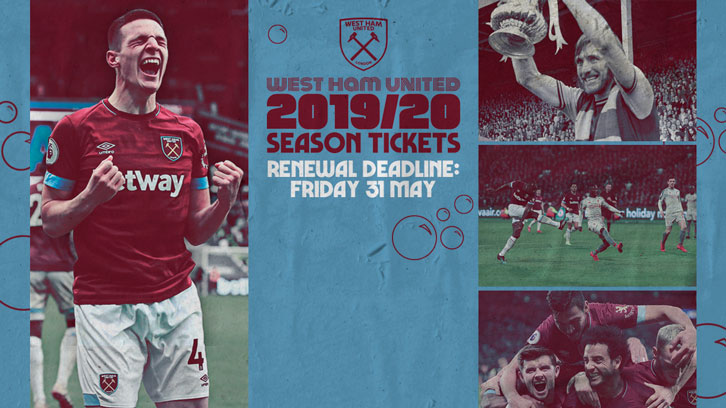 Set up your own assault course! - Your #HammersAtHome daily challenge

Back to the drawing board! - Your #HammersAtHome daily challenge

Show us your freestyle skills! - Your #HammersAtHome daily challenge

How many different strike partnerships?