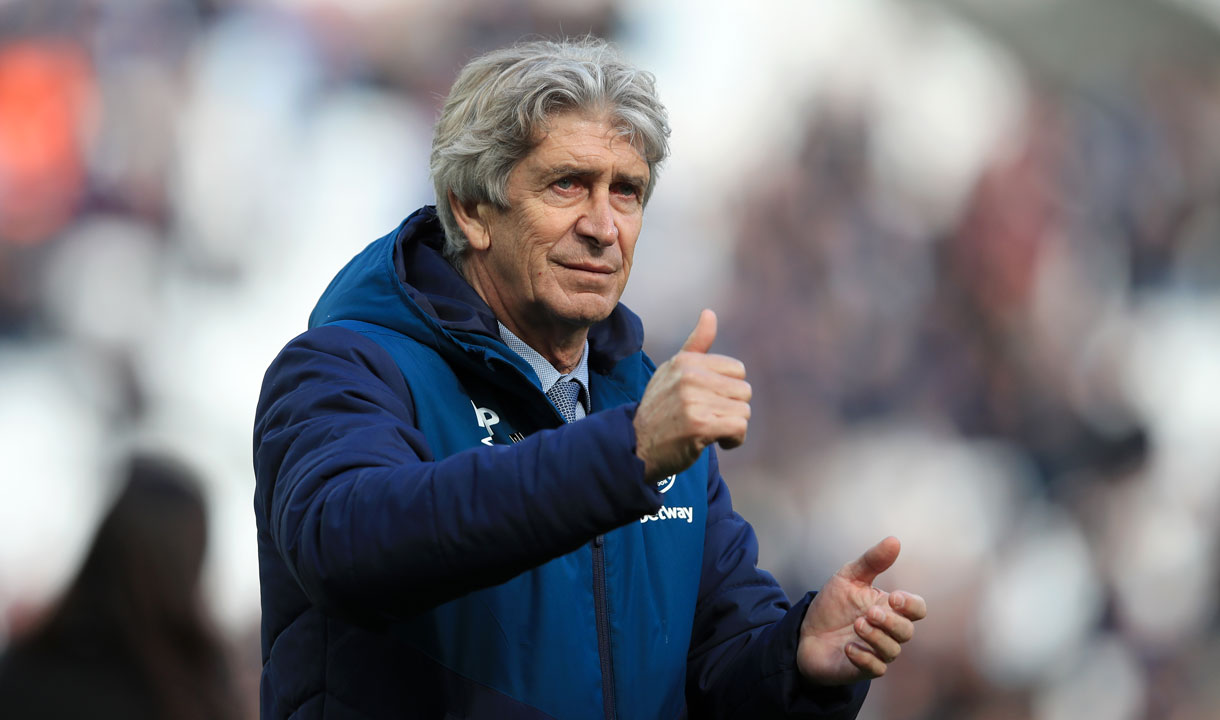 Manuel Pellegrini has marked the first anniversary of his appointment as West Ham United manager by reflecting on a ‘positive’ campaign and outlining his vision for the future.

The Chilean became the 17th full-time boss in the Hammers’ 124-year history when he took charge on 22 May 2018, becoming the first Premier League-winning manager and first South American to fill the coveted role.

Pellegrini immediately set about rebuilding, appointing his own backroom staff and signing nine senior players, twice breaking the Club’s transfer record with the captures of Issa Diop and Felipe Anderson.

It took a period of time for the squad to gel and interpret the manager’s ideas and philosophy but, as summer turned to autumn, there were sure signs that Pellegrini’s project was taking shape.

“It is now one year since I took over as manager of West Ham United,” he reflected. “Looking back over the past 12 months, I have to say it has been a challenge that I have enjoyed greatly, and I would like to thank everyone for making me feel so welcome.

“I knew when I arrived that this would be a transitional season, and that there was a lot of work to do in rebuilding confidence and creating a new mentality. With great support and investment from the owners, we signed a lot of new players and it was always going to take time to find consistency, but I am generally happy with the progress that has made.

“Considering we did not take one point from our first four Premier League matches and had long-term injuries to a number of key players – including Manuel Lanzini, Andriy Yarmolenko, Jack Wilshere, Andy Carroll, Winston Reid, Carlos Sanchez and Fabian Balbuena – I believe the team has shown great spirit and character throughout the campaign.”

Over the course of the season, I have seen the mentality and belief among the squad grow and become stronger

London Stadium victories over Manchester United and Arsenal, a record-breaking 15-point December, an historic win at Tottenham Hotspur and a thumping final-day win at Watford saw the team secure a top-ten Premier League finish, while the emergence of young players and the form of senior stars, both new and old, mean the Hammers go into the summer surrounded by a feelgood factor that the manager can take a great deal of credit for creating.

“There have been some excellent victories against some of the top teams and a lot of positive factors,” he continued.

“We lost only one match at London Stadium in 2019, which is a sign of how much we have advanced. Home form is so important in the Premier League, and the fact that we have a fantastic arena holding 60,000 supporters at every game is an advantage we must make the most of.

“The most important aspect is that we have made positive steps in the right direction. Over the course of the season, I have seen the mentality and belief among the squad grow and become stronger.”

Pellegrini wants that mentality and belief to grow even stronger in 2019/20, resulting in greater consistency on the pitch and, if all goes to plan, a sustained challenge for European qualification next term.

“Naturally, such progress gives us hope and belief that – it we continue to work hard together and focus in the right way – there will be further improvement next season and we can achieve our targets and objectives and find ourselves in a higher position this time next year,” he confirmed.

“The backing we receive, both home and away, is a clear sign of how big a club West Ham United is, and we must continue to display that strength and togetherness next year.”