Zabaleta: Pellegrini is trying to take West Ham to another level 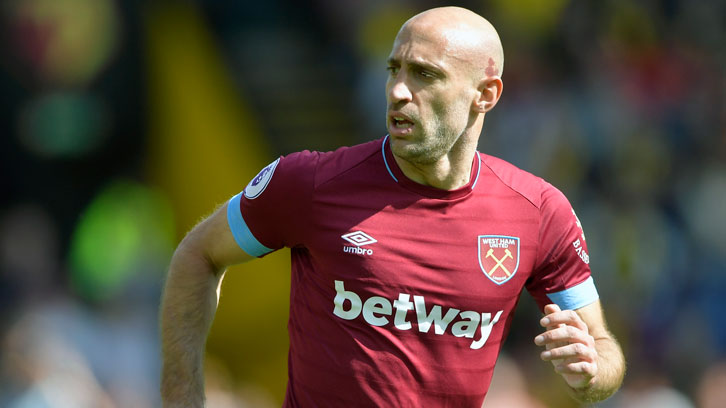 The defender, who won a Premier League title under Pellegrini at Manchester City before being reunited with his old boss at London Stadium a year ago, has been impressed with the work the experienced Chilean has already done with the Hammers.

Pellegrini guided the Irons to a top-ten Premier League finish in his first season in charge and, with another summer transfer window to further develop his project, Zabaleta is expecting progress to be made in 2019/20.

West Ham is a big club with big fans and we play every home game with 60,000 fans, which is really impressive

“I think we had a great season with a new manager in Manuel,” he told beIN SPORTS, while visiting Qatar for the Emir Cup final. “We didn’t start quite well, as we lost the first four games of the season, [but we finished strongly with three wins and in tenth position].

“The Club really backed him with £80 million last summer and we need to give credit to the owners that they really gave him a chance to bring quality players into the team with the likes of Andriy Yarmolenko, Felipe Anderson and Issa Diop, so they made some great signings.

“With his experience, always working at top clubs, he is trying to take West Ham to another level.”

Zabaleta is also expecting West Ham’s home form to be even better next season.

The Hammers took 31 points from their 19 Premier League games at London Stadium in 2018/19, while they also scored an entertaining 8-0 EFL Cup victory over Macclesfield Town - the first time they had scored eight goals in a game since 1986.

With the capacity increasing to 60,000 in January and tens of thousands of Season Ticket Holders renewing their seats for next season ahead of the 31 May deadline, the Argentinian is enthused for the future.

“West Ham is a big club with big fans and we play every home game with 60,000 fans, which is really impressive,” he observed.

“Every season is better. The last two seasons at London Stadium we’ve been in a relegation battle until the end of the season, so the atmosphere wasn’t as good, but this season I think we played some of the best football at home, especially when we beat Manchester United, Arsenal and some other big teams.

“It seems like the fans are so much happier now.”