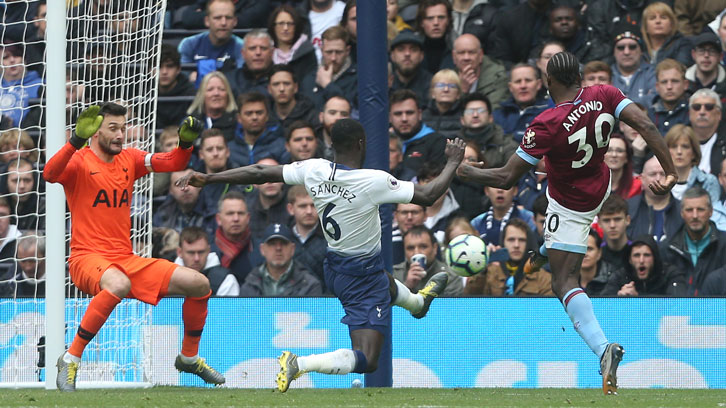 Michail Antonio enjoyed another strong season for West Ham United, finishing fourth in the goalscoring charts and second only to Robert Snodgrass with seven assists. The winger finished the campaign particularly strongly, scoring an historic winner at Tottenham Hotspur's new stadium and playing his part in three goals in the final-day win at Watford...

Did you know?
Four of Michail Antonio's seven goals in 2018/19 were headers, including three of his six Premier League strikes. Overall, 16 of his 26 Premier League goals have been headers.

What was your favourite memory of the campaign?
The win at Tottenham! Playing Tottenham is normally a special day for West Ham anyway but to be the first team to go to their new stadium, score and win, and for me to be the first away player to score there was just amazing.

What was your best personal moment?
Scoring the winner at Tottenham! I just like putting myself in the history books by scoring important goals for West Ham! It just happens this way for me and I’m just buzzing to score memorable goals. Hopefully, there are more to come.

Who was your Hammer of the Year?
Declan Rice. It's just his second season but he has been a regular in the team in midfield. He's still so young and he's been unbelievable for us. It was going to be him or Lukasz Fabianski, but I'm going to go for Dec.

Who was the best player in the Premier League this season?
Raheem Sterling.

You can secure your seat for next season now, by renewing your Season Ticket by the 31 May deadline! For full pricing details and to renew click here.