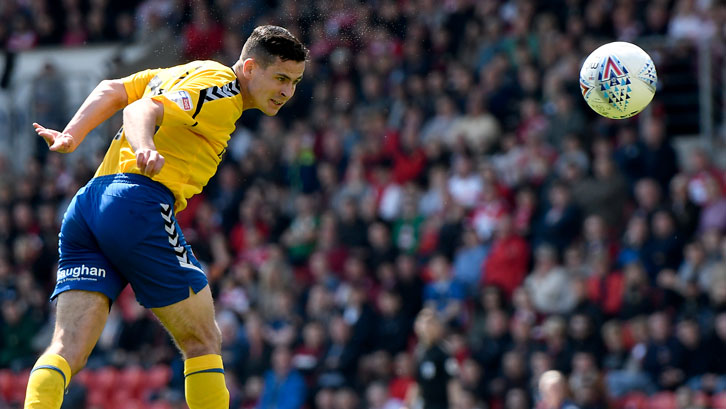 Josh Cullen will return to Wembley after helping Charlton Athletic secure their place in the EFL League One Play-Off final.

The on-loan West Ham United midfielder played the full 120 minutes before netting from the spot as the Addicks secured a thrilling shootout victory over Doncaster Rovers, earning the Man of the Match award.

Lee Bowyer’s Charlton kicked-off leading 2-1 from the first leg and extended their lead when Cullen’s second-minute free-kick was headed home by Krystian Bielik to make it 3-1 on aggregate. However, the Yorkshire side levelled on the night through Tommy Rowe before forcing extra time when captain Andy Butler headed in with just two minutes remaining.

Doncaster went ahead on aggregate for the first time when John Marquis headed in, before Darren Pratley made it 4-4 after a slip by Rovers goalkeeper Marko Marosi.

Cullen was one of four Charlton players to score from the penalty spot, while former West Ham youngster Kieran Sadlier was on target for Doncaster, before Rowe fired wide to send the south London side to Wembley. There, they will take on Sunderland, who they famously defeated 7-6 on penalties following a 4-4 draw in the 1998 Division One Play-Off final.

“We didn’t do it the easy way,” Cullen, who has been included in the Republic of Ireland squad for UEFA Euro 2020 qualifiers with Denmark and Gibraltar in June, told the South London Press. “We did it the hard way but we’re there and that’s all that matters.

“If you’d said to us at the start of the night that we’d win on penalties and go through we would have said: ‘Yup, we’ll take that.’ It wasn’t our best performance, it wasn’t pretty. But we’re there and you’ve got to be in it to win it.

“Sunderland are a good side and they’ve got the quality to beat you. I expect it to be a tough game but we’ll be more than ready to perform.”

Elsewhere, Reece Oxford had a day to forget as Augsburg were thrashed 8-1 by Wolfsburg in their final Bundesliga fixture.
Augsburg finished the season 15th in the 18-team table, one place above the relegation play-off place, which was filled by Stuttgart. Oxford, who joined the Bavarian club in January, ended the campaign with eight Bundesliga appearances to his name.

In Norway, Martin Samuelsen started and played the full 90 minutes as Haugesund were held to a goalless draw at home by Kristiansund in Eliteserien. After nine games, Samuelsen’s hometown club sit eighth in the 16-team table.

In Italy, Edimilson Fernandes was an unused substitute for Fiorentina in their 1-0 Serie A defeat at Parma, while Toni Martinez was not involved in Lugo’s 1-0 win over Deportivo in Spain’s Segunda Division.