Joint-Chairmen: There is great anticipation and excitement about what lies in store 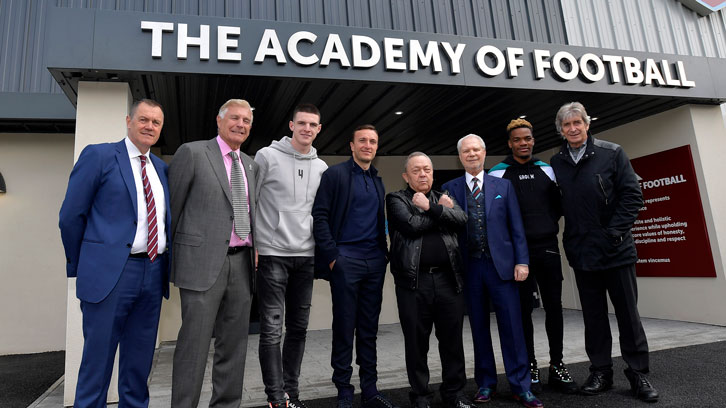 Joint-Chairmen David Sullivan and David Gold believe there is ‘great anticipation and excitement about what lies in store for next season’ for West Ham United.

The Hammers finished the 2018/19 season strongly to secure a top-ten finish and their highest points total in four years, roared on by the third-highest average home attendance in England at London Stadium.

With Manuel Pellegrini developing a talented, entertaining and increasingly successful team, the Academy of Football continuing to produce outstanding young players at a newly renovated Chadwell Heath and the women’s team enjoying a superb first season as full-time professionals, Mr Sullivan and Mr Gold reflected on a season of progress and are looking forward with optimism to 2019/20.

“Reflecting on the past 12 months, the overwhelming sentiment is one of positive progress made across all areas of the Club,” the Joint-Chairmen wrote. “This time last year, we made a strategic decision to invest significantly in the football operation, appointing a world-class manager and backing him with the largest transfer budget in our history, the first step in a long-term plan that remains on schedule and heading in the right direction.

“Manuel Pellegrini and his players have produced some magical moments, marvellous performances and memorable victories – most recently in a certain part of north London! – and, above all, have created a spirit and identity that we believe all Hammers fans have genuine faith in. There is great anticipation and excitement about what lies in store for next season, and everyone is looking forward to the challenge of further improving our Premier League position.

“It has also been another hugely successful year for our Academy, too, with the likes of Grady Diangana, Joe Powell, Conor Coventry and Ben Johnson all graduating to first team honours, following in the exceptionally talented footsteps of our latest full England international, Declan Rice.

“Last month it was our honour and privilege to officially open the brand- new Academy facility at the iconic Chadwell Heath training ground and there can be no doubt that the redevelopment will give us even greater opportunities to identify, develop and nurture the best young players in the country.

“All that remains is to once again say a huge thank you for your outstanding loyalty and support –throughout the campaign. We look forward to welcoming you back to London Stadium in August!”