20 May - A special date in the career of Bobby Moore 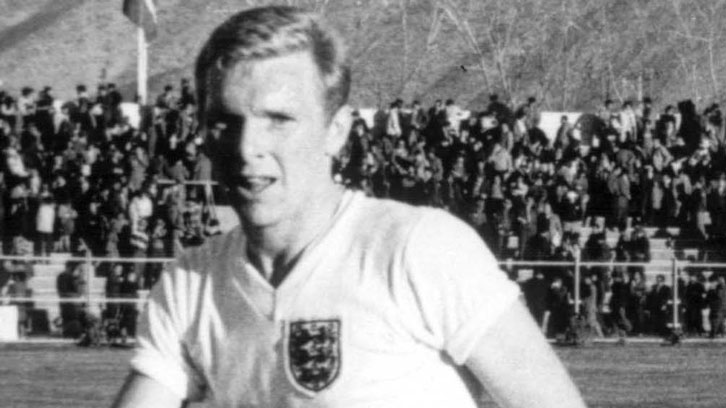 On 20 May 1962 the great Bobby Moore, our FIFA World Cup-winning captain, made his England debut. FA historian David Barber recalls the day when a Three Lions legend earned his first cap, exactly 57 years ago...

I met Bobby lots of times when I worked in the international department. And remembering the Bobby I knew, I think back with only the fondest of memories.

He was an all-round nice guy. He was quietly spoken but you could sense the huge respect the other England players had for him.
I think he was at his absolute best in that 1970 clash with Brazil in Guadalajara. Who could forget those perfectly timed tackles?

His debut was a day I also remember well. England were playing a friendly against Peru in Lima’s National Stadium. A match that had been arranged as part of the build-up to the 1962 FIFA World Cup finals, due to start a week later in Chile.

It was the Three Lions' second match against Peru, having lost 4-1 in another Lima friendly three years earlier.

They were looking for a morale-boosting victory before the tournament and they got it in a match in which they netted four times in the first half.

Moore, born in Barking, had joined local club West Ham United as a schoolboy and his assured displays in defence had earned him England caps at youth and Under-23 level, before Walter Winterbottom gave him his senior bow in South America.

England missed a few chances before Bryan Douglas was fouled inside the box on 14 minutes. Ron Flowers stepped up to send the spot-kick high into the right-hand corner of the net.  England were well on top and a hat-trick from the lethal Jimmy Greaves made it 4-0 at the break.

In the second half Peru missed a penalty and had a player sent off. But there were no more goals as the match became something of a training exercise for the visitors.

After the game Moore, who had impressed on his England bow, said: "I was surprised at being selected, but it was an absolute delight and a tremendous thrill."

In fact, Moore had done so well he went on to be chosen for each of England’s matches in the World Cup. They reached the quarter-final stage before losing 3-1 to eventual winners Brazil in Vina del Mar.

Moore captained England for the first time a year later, on 29 May 1963, when new manager Alf Ramsey handed him the armband for the 4-2 friendly win over Czechoslovakia in Prague.

He soon became Ramsey’s lieutenant on the pitch and their close relationship helped England on to unprecedented success.

He was an England player for eleven years, finishing with 108 caps and captaining the side a record 90 times.

A true legend of the game, excelling for club and country – and his statue stands outside the new Wembley, looking down on Olympic Way.

*This story originally appeared on the Football Association's official website.

On This Day: Felipe Anderson strikes in Manchester United win

On This Day: Yarmolenko and Cresswell strike down Manchester United

On This Day: McAvennie at the double

On This Day: Noble makes his West Ham debut

On This Day: West Ham come from behind to beat Leicester