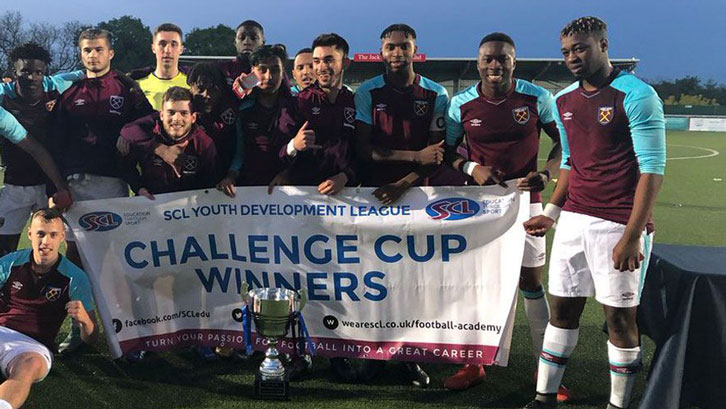 Tyreece Robertson opened the scoring before a double from Valentine Iheanyiogo secured the trophy for Jimmy Hampsheir’s team.

West Ham dominated the opening stages of a tempestuous game and went ahead on 20 minutes when Robertson slotted the ball past the Hednesford goalkeeper, before Iheanyiogo doubled their lead a minute before half-time.

Hednesford pulled a goal back from the penalty spot shortly after the break, but the Hammers regained their composure and kept their opponents at bay before adding a third through Iheanyiogo’s long-range strike late on.

The match-winner said: “I’m very proud of how the game went. It was a good game and credit to the opposition, we had to put in a hard graft and be at our best. It was heated at times but we’ve already had challenges to overcome in fixtures across this season and so we were able to keep calm and maintain focus on the game.

“Scoring two goals and helping the team to win the Cup makes me happy. I support West Ham and I’ve been playing for this team for quite a while now and so to score in this final is a brilliant feeling.” 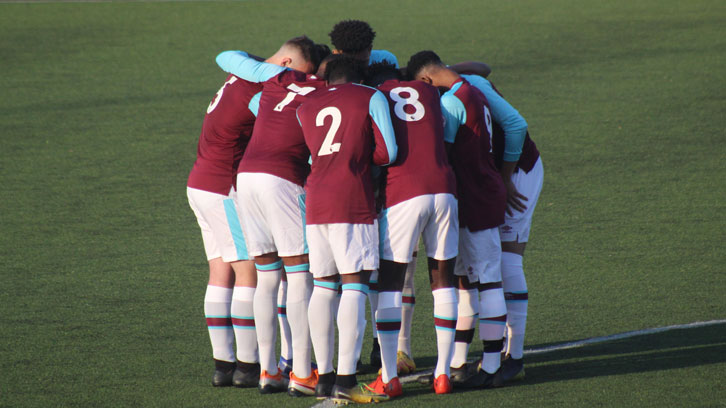 Foundation Integration Manager Sam Taylor, who was part of West Ham’s FA Youth Cup-winning team alongside Michael Carrick, Joe Cole and Richard Garcia this week 20 years ago, said: “The final is all about the result and again this showed what a good squad this is. The environment surrounding the game could be quite tumultuous at times, which you could see affected our players near the beginning.

“However, as the game developed, they focused more on the match and kept a calm composure which helped their performance. We always train the boys to want to win on the pitch but in the correct way, playing firm and fair whilst conducting themselves professionally.

“We would really like to thank everybody who came to support us.”

Head of Football Development at the Foundation, Bryan Glover, added: “It was fantastic to see the boys win and I am looking forward to seeing them go for the quadruple.

“Additionally, to see the conduct of the boys throughout the match was incredible, from helping out the groundsmen collect the rubbish at the end of the game to involving the mascots from Clodan FC in their celebrations.

“They really are growing up to be a very considerate and well-rounded group of boys and are a testament to both the young people of the community and West Ham United.”

The Second Chance Academy model is delivered in conjunction with the Academy and was created to give players aged 16-19, who have been released by clubs, another opportunity to return to professional football.

The players train at Little Heath and Chadwell Heath and have the opportunity to train with the Academy players, giving them the best football development possible alongside various education options. Coaches also support players with employability pathways, with many progressing to become coaches and scouts.

Chadwell Heath Blues will take on Hednesford again in the SCL Champion of Champions Cup final on Wednesday 22 May.

Trials will be starting soon to become a part of the West Ham United Second Chance Academy. If you are aged between 16-19 and interested in the opportunity to be part of this Foundation scheme, please email STaylor@westhamunited.co.uk or call 07914 198 081 for more information.