West Ham United can confirm that the Club and Rosie Kmita have mutually agreed her departure at the end of the season, following the expiration of her contract.

The winger and former West Ham captain has spent two years with the Irons, moving with the side from the Women’s Premier League Southern Division into the FA Women’s Super League last season.

Kmita captained the Irons to the FA WPL Plate last campaign and also lifted the Goodmove.co.uk trophy with the team. West Ham’s first ever professional female footballer also scored in the side’s first win in the FA WSL – a 2-1 victory against Yeovil Town. 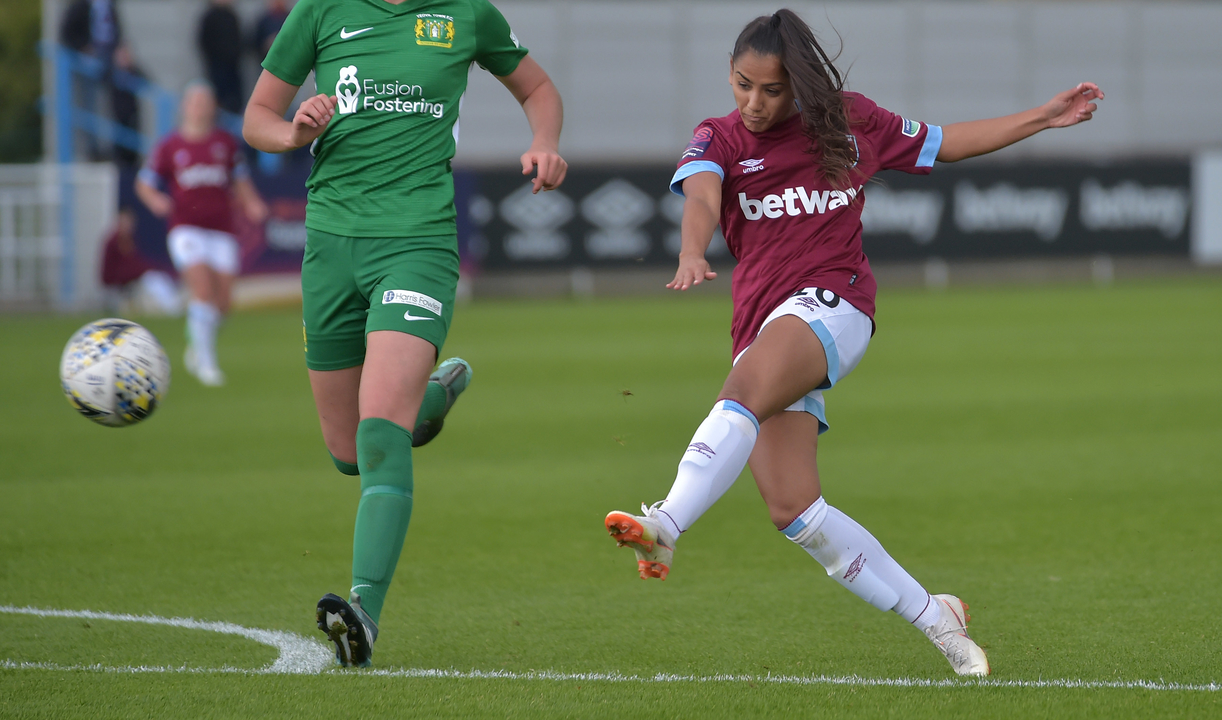 “I have absolutely loved every single minute of my time with West Ham United,” Kmita said. “I have made so many friends and lots of amazing memories, and I feel so lucky to have achieved everything I have with this club.

“I have had the chance to play alongside some incredible professionals this season and I’m looking forward to taking what I’ve learned with me this summer.

“I want to take the opportunity to say thank you to everyone at West Ham for a brilliant two years, and also to every fan who supported me during my time in the Claret and Blue.”

West Ham United would like to thank Rosie for all her efforts for the Hammers and wish her well in her future career.

Your Matchday with the Cornwells - Episode 1