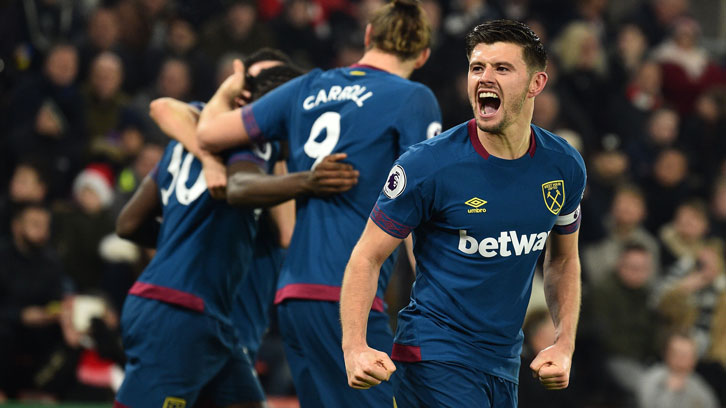 Left-back Aaron Cresswell returned to his regular position in 2018/19, helping West Ham United finish in the top half of the Premier League table for the first time in four years.

What was your favourite memory of the campaign?
We've had some great results, but I'd have to go with Spurs away. I wasn't involved myself, but for the lads to go there and become the first team to score and to get three points was fantastic. I played in the win over Arsenal at home, but Tottenham has got to be the one.

What was your best personal moment?
I would say my best moment of the season came at Southampton just after Christmas, when I was named captain of the side for the first time. That was a really proud night for me and my family. We won the game too!

Who was your Hammer of the Year?
Declan Rice. For someone of such a young age, the way he has played and the way he has matured and to have played that many games and also made his England debut, he has had an amazing season. We were all buzzing for Dec when he played for England. We've had a few standout performers but I think Declan has been our top player.

We were talking about this recently. I've been training with him since he was 15 or 16 and he first came across to the first team and then he came away with us in pre-season and played against Rubin Kazan and you could see the way he conducted himself and his ability and reading of the game meant he was always going to go to the top of the game. 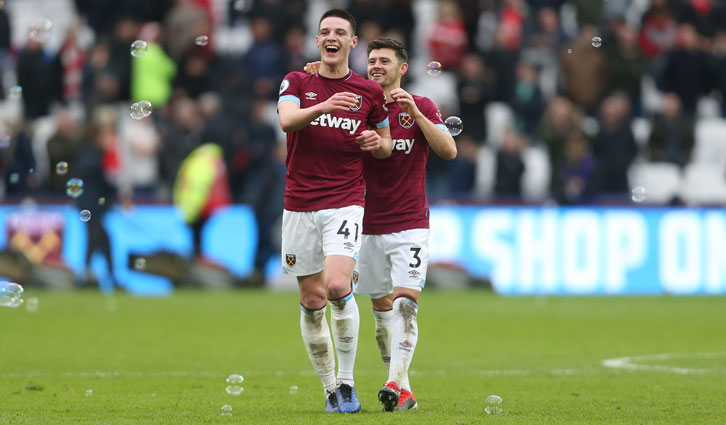 Who scored our Goal of the Season?
I think Snoddy's goal against Palace was probably the standout one I can think of. I'm pleased for him the way it went for him this season after a difficult start to his West Ham career. We always knew he had the quality and now he's shown that in a Claret and Blue shirt. He's a fantastic player and a great lad.

Who was the best player in the Premier League this season?
I'm going to go with either Virgil van Dijk or Raheem Sterling. I voted for Sterling in the PFA vote, but Van Dijk has been an absolute rock in the Premier League and the Champions League and has arguably changed Liverpool compared to where they were before he joined. He's a man mountain at the back.