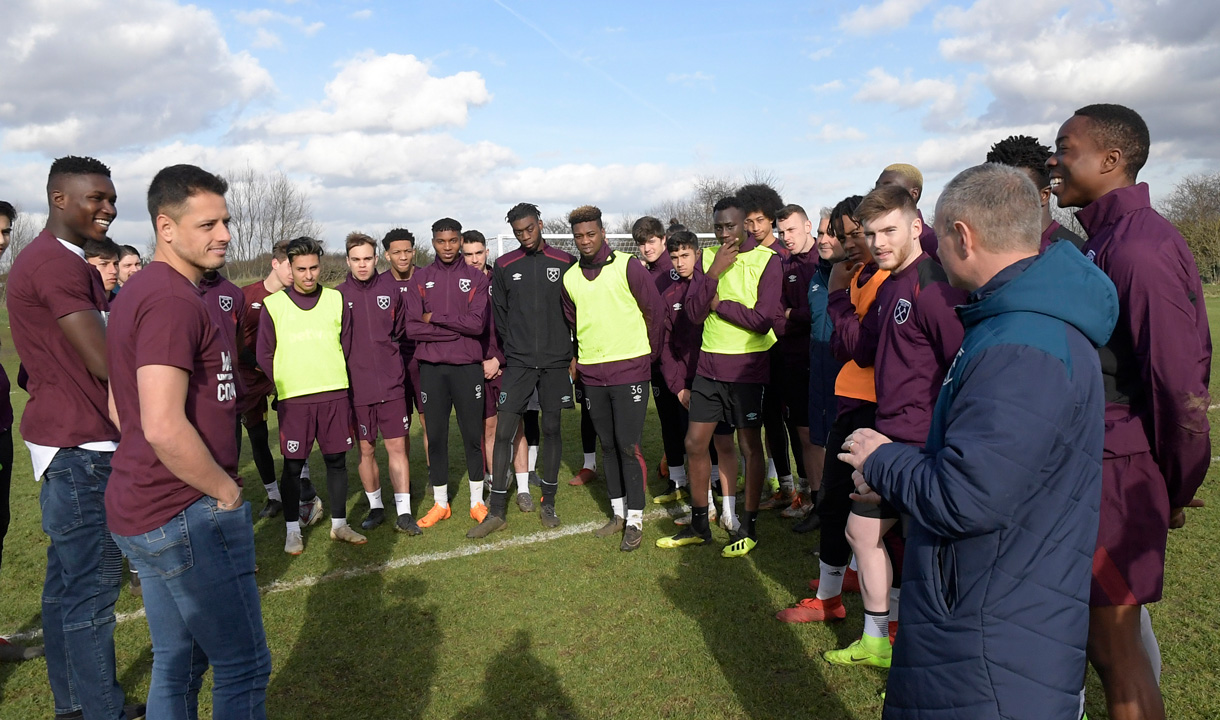 The 2018/19 season has been a record-breaking one for the Second Chance Academy, with the Blues winning the U19 Football Conference Youth Alliance League and reaching three finals – the SCL League Challenge Cup final, SCL Champion of Champions Cup final and National League Champions Cup final.

The first of those three finals takes place on Wednesday at The Harlow Arena, with kick-off at 7pm, and Foundation Senior Academy Integration Officer Jim Hampsheir says his unbeaten side must be prepared for a battle.

“We always prepare thoroughly whether it is for training or matches,” said Hampsheir. “It’s crucial the players concentrate, absorb the information and put it into practice when competing so that it becomes second nature to them. With the group playing more matches than ever this season, it has been challenging but I think it has also helped us to drive forward.

“It is a great achievement to have reached this stage, especially as we have been playing three fixtures per week and we suffered injuries leading into the semi-final round. It means so much because the players really deserve it, this season they have been magnificent and worked incredibly hard. They are all ecstatic to be competing in the final against Hednesford Town.”

Foundation Integration Manager Sam Taylor, who was part of West Ham’s FA Youth Cup-winning team alongside Michael Carrick, Joe Cole and Richard Garcia this week 20 years ago, said the opposition must not be underestimated.

“They’re a Midlands-based team who also won their league and will be a strong opposition. If we want to come out victorious we must give our all and play the West Ham way.

“We want the boys to play like they have most of the season – going out enjoying and expressing themselves – leaving everything out there. They must work hard for their teammates on and off the ball but stay composed. It’s a great achievement to be in the SCL Cup final and to win it would be an added bonus for all players and coaches involved.”

West Ham United Foundation’s Second Chance Academy model is delivered in conjunction with the Academy and was created to give players aged 16-19, who have been released by clubs, another opportunity to return to professional football.

The players train at Little Heath and Chadwell Heath and have the opportunity to train with the Academy players, giving them the best football development possible alongside various education options.
Coaches also support players with employability pathways, with many progressing to become coaches and scouts.

To cheer them on, head to The Harlow Arena on Wednesday evening, where tickets will be priced at £4 for Adults and £2 for Over-65s and Under-16s. Parking is available on site.

Trials will be starting soon to become a part of the West Ham United Second Chance Academy. If you are aged between 16-19 and interested in the opportunity to be part of this Foundation scheme, please email STaylor@westhamunited.co.uk or call 07914 198 081 for more information.