Mark Noble: I'm feeling brand new at the age of 32! 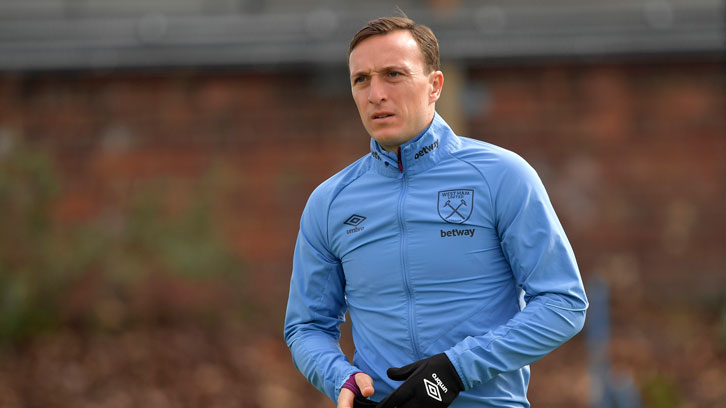 Mark Noble says he is ‘feeling brand new’ as he approaches the climax of his 15th season as a West Ham United first-team player.

The captain turned 32 on Wednesday, celebrating his birthday among his fellow Hammers at the 2019 Player Awards, brought you by Betway in aid of the Academy, but remains full of youthful exuberance and energy ahead of Sunday’s Premier League finale at Watford.

Victory there will guarantee West Ham a top-half finish and, having defeated Tottenham Hotspur and Southampton in their previous two matches, the skipper says Manuel Pellegrini’s squad will arrive at Vicarage Road full of confidence.

“Sunday sees the final game of my 15th season in the first team at West Ham, I celebrated my 32nd birthday on Wednesday and I have to say I’m feeling brand new,” said Noble, writing in his final Evening Standard column of the season.

“The team are playing really well, we’ve taken seven points from the last nine and there’s a part of me that doesn’t want the season to end. Then again, a couple of defeats and everything can change.

“At the moment, everything is good. You come into training, you have breakfast with the lads, everyone is buzzing and it’s a good place to be.”

Reflecting on the 2018/19 campaign as a whole, Noble is happy with the improvements that have been made across the board, with the appointment of a new management team, introduction of a more expansive playing style, developments at London Stadium and Chadwell Heath, an expanded player care department and the launch of The Players’ Project community initiative.

“Looking back over this season, I believe it’s been really productive,” he observed. “I see what happens at the Club day in and day out and the way everything is organised now has been a big plus.

“On the pitch, too, the style of football we’ve tried to play has been positive. Yes, we’ve lost games, but the approach has always been to try to win. I think the fans have appreciated that, especially at places like Manchester United, Chelsea and Spurs.

“After the first four games of the season, I thought we were bang in trouble, although even then I believed in the players we had. Then we had a bad run of injuries, up to nine or ten at one stage, which proved really difficult. Of our 49 points, we’ve picked up 31 at home and that has contributed to what I believe has been a good season. Beat Watford and we could finish ninth.”