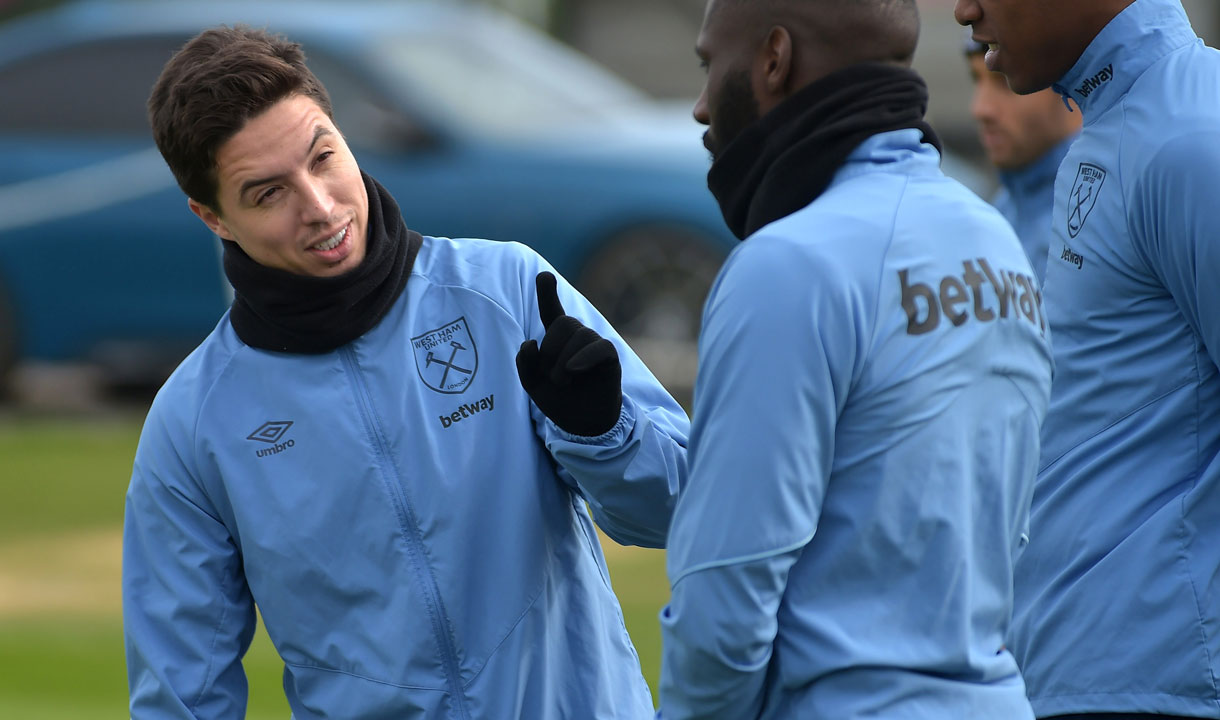 Manuel Pellegrini will head into Sunday's Premier League season finale at Watford with a near-fully fit squad to choose from.

The manager will have plenty of options to play with as the Hammers go for a third straight win, to follow the victories against Tottenham Hotspur and Southampton in recent weeks.

Only long-term absentees Andy Carroll, Winston Reid and Andriy Yarmolenko are out for the trip to Vicarage Road - a position the boss has not had too often this campaign.

A win against the Hornets would take West Ham above their hosts and into the top ten, and that remains Pellegrini's focus.

He explained: “For the last game now, except Andy Carroll, Winston Reid and Andriy Yarmolenko, all the players are fit.

“Yarmolenko is already working with the squad now. He can’t play but is working 100%.

“Samir Nasri is fit. He doesn’t have any problems as is the case for most part of the squad."

As well as Nasri, another player who will be pushing to start is Jack Wilshere, who impressed off the bench against Southampton last time out.

Pellegrini added: “Jack is ready to start, and he will be involved on the squad list this game exactly as he was for the last one.  For the minutes he played, he did very well.”