Lukasz Fabianski crowned a superb debut season with West Ham United by being crowned the Betway Hammer of the Year at Wednesday night’s Player Awards.

The Hammers No1 picked up a hat-trick of prizes at the InterContinental London - The O2 - Save of the Season, Signing of the Season, and the big one, Hammer of the Year.

No Premier League goalkeeper has made more saves than Fabianski this term, and by lifting the prize he becomes just the sixth stopper to be named Hammer of the Year after Lawrie Leslie, Phil Parkes, Ludek Miklosko, Shaka Hislop and Robert Green.

And the Poland international was especially thrilled to earn the acclaim of the fans, who voted for the award, in his debut season in Claret and Blue.

Fabianski said: “I’m very happy obviously, and very grateful for all the fans who voted for me. It’s something special, especially in my first season here, so I really appreciate all the support.

“I’m just happy that I’ve been able to perform in the way that they can see me as a good goalkeeper.”

Declan Rice was runner-up in the fan vote for the second year in a row.

Thirteen awards were handed out in total on the night, as the Hammers looked back on their 2018/19 campaign, with Fabianski and Rice each going home with three trophies. 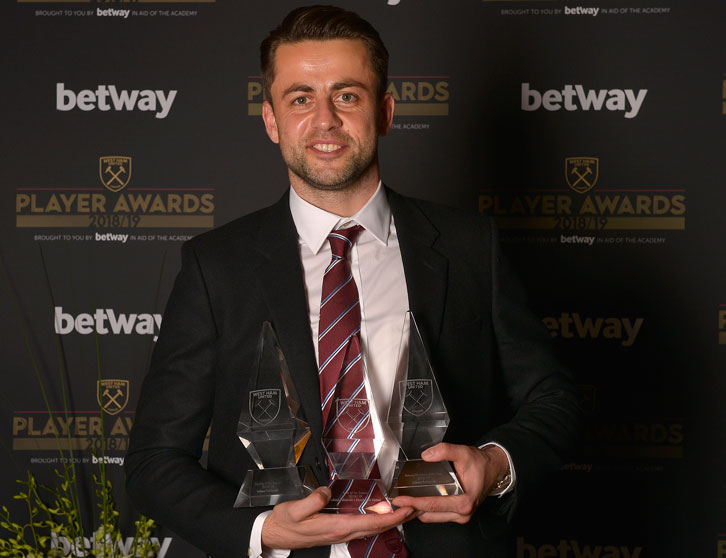 Watch: Declan Rice back as training ramps up