Celebrate the women's team success at the season finale! 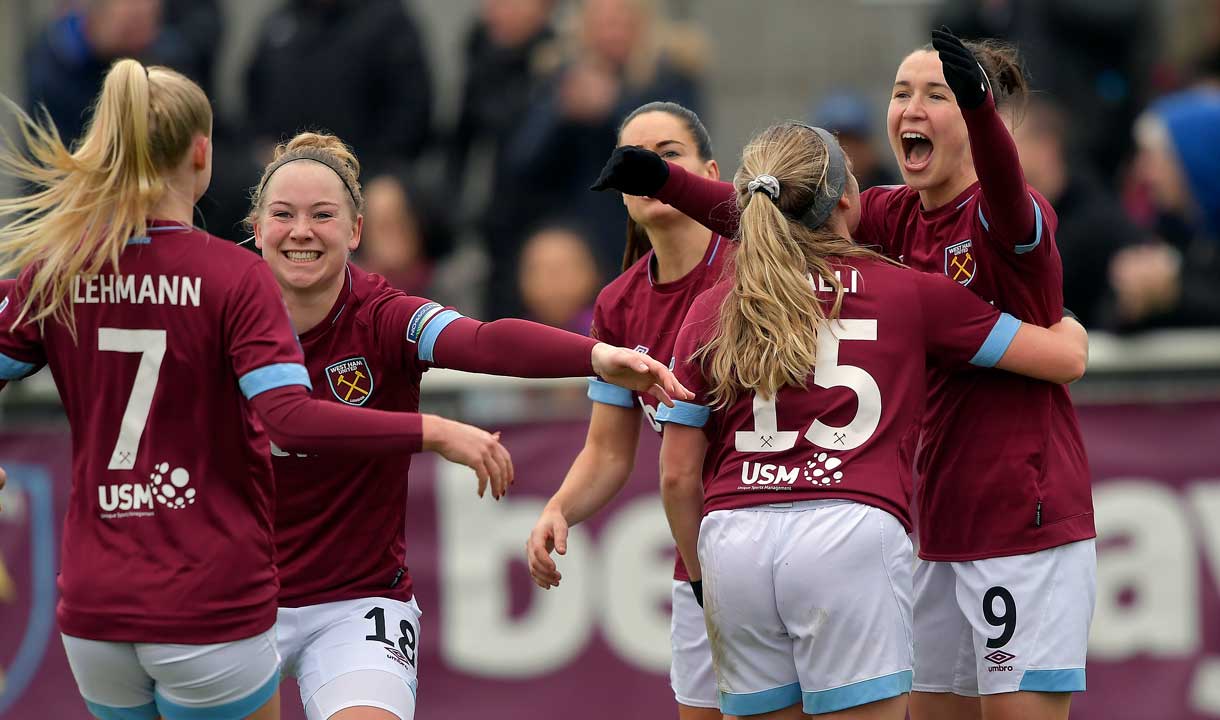 Bring the family along to welcome the Hammers back from their Wembley appearance in the FA Cup final as the Seagulls come to Rush Green for the 12.30pm kick-off.

Matt Beard's side played in front of over 40,000 fans in their FA Cup final against Manchester City last weekend, and have made great strides at the top flight of the women's game, currently sitting seventh in the league.

And with Brighton the visitors on Saturday, they could still move up higher.

Women's Season Tickets are also now on sale for the 2019/20 campaign as the Hammers look to build on the success of this year.

These are priced at only £25 for adults and £15 kids, with a £10 discount for men's team Season Ticket Holders and Claret Members, and give you access to all home WSL games! Click here to buy now.

You can also follow the entire 2018/19 campaign with the BBC documentary, Britain's Youngest Football Boss.

Episode seven is now available, offering a never-before-seen look at the West Ham United’s women’s team, on BBC Three - and episode eight will also be on BBC One this Sunday following Match of the Day.

Catch up on all episodes on the BBC iPlayer now!