Pellegrini: That was the way we wanted to finish in front of our fans 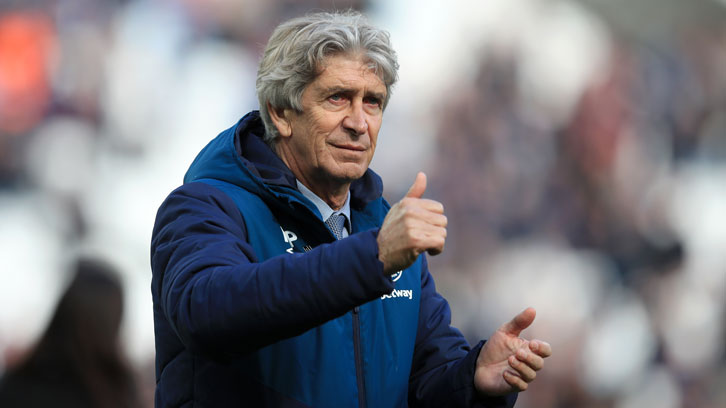 Before Saturday’s Premier League fixture with Southampton, Manuel Pellegrini demanded a performance and result from his West Ham United team.

And he got both as two goals from Marko Arnautovic, one from Ryan Fredericks and a determind defensive display secured a 3-0 win over the Saints.

Having secured back-to-back league wins for the first time since December, the Hammers can finish as high as ninth if results elsewhere go their way over the final week of the season, and the manager is content with the progress being made by his squad.

The team did both things, scored three goals and kept a clean sheet and we continued playing the same way we had in the last four games

“We talked with the players before the game and we knew we were coming in after the most-important win of the season against Tottenham and the best way to finish the season at home was to win the game for our fans and play well,” said Pellegrini. “The team did both things, scored three goals and kept a clean sheet and we continued playing the same way we had in the last four games, when we played very well but didn’t get the results. Now, we have finished at home with a win for our fans.

“We are improving. Maybe this was a transitional season and to try and continue improving we must play one game and if we win and finish with 52 points it is not a bad amount of points, considering we started by losing the first four games and the amount of players who had long-term injuries throughout the season.

“So, for me, I think we need to have a more winning mentality in the future but, if you asked me, I think it is a good season.”

Arnautovic was the man of the match, scoring his first goals since 5 January and earning deserved praise from his manager.

“Marko has had a special season but he finished very well today,” said the Chilean. “Next season, I am sure we are going to see the Marko Arnautovic who knows how much he can give to this club.

“Today, he played very well, not just with the two goals that he scored but also with the way he was involved in the game. He was absolutely concentrated.

“We hope we can have a complete season from Marko Arnautovic in the way he played today.”

There were also warm words for Jack Wilshere, who continued his comeback from a long-term ankle injury with an eye-catching cameo, whetting the appetite for next season.

“Jack demonstrated with the minutes he played after a long injury that he will never forget how to play football,” Pellegrini observed. “I always say he is a different player so when we consider we didn’t have Jack, Andriy Yarmolenko, Manu Lanzini and Samir Nasri for long parts of the season, that’s why I told you it was a good season.

“If you have those technical players 100 per cent fit, of course the team changes.”

West Ham travel to FA Cup finalists Watford next Sunday to close out 2018/19, where a win could be enough to secure ninth place in the final table.

Then, attention will turn to the transfer window, with preparations already underway to strengthen the squad at Pellegrini’s disposal.

“We are starting to prepare for next season, of course. We have to make some changes and we have to see which ones we can do because we need to improve.

“This is an issue we are going to talk with the owners and Mario Husillos about when we finish the last game against Watford,” the manager concluded.