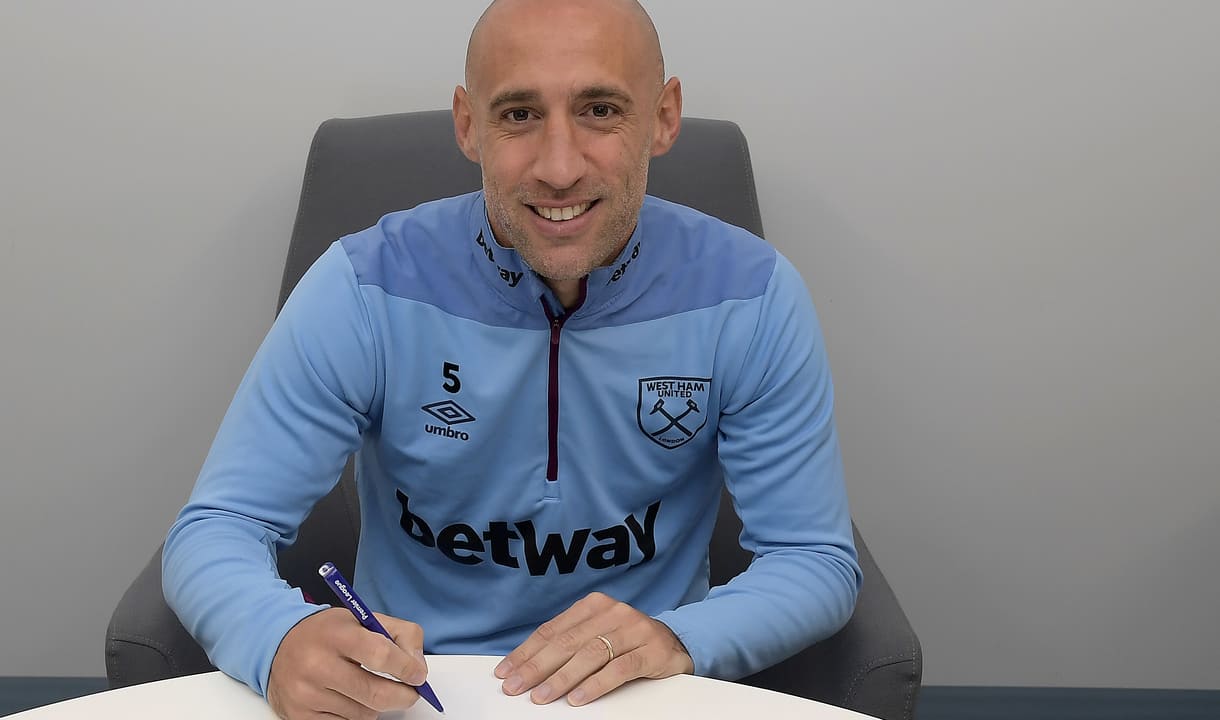 Pablo Zabaleta will take his spell with West Ham United into a third season after an option was exercised in his contract to keep him at the Club until summer 2020.

The Argentinian right-back has played 65 games in Claret & Blue since making the move from Manchester City in July 2017, including 26 so far this season.

Zabaleta has continued to play an integral role in Manuel Pellegrini’s squad, adding invaluable experience to the Hammers backline and wearing the captain’s armband as understudy to Mark Noble on four occasions this campaign.

"It's great news and I'm so happy," the defender said. "I'm enjoying my time at West Ham and I've got so much respect and so much passion for this profession. I'm still enjoying it and it's made me feel I can go for another year.

"I just want to focus on what we’re doing with the Club and with the team this season and be ready to go again next season, because I just want to enjoy every single moment."

The 34-year-old twice won the Premier League during his time at Manchester City, following on from successful spells in his homeland with San Lorenzo and Espanyol in Spain.

He has also won 58 caps for his country, earning a runners-up medal in the 2014 FIFA World Cup and winning Olympic Gold in 2008.

Everyone at West Ham United is looking forward to continue working with Pablo, a consummate professional on and off the field. He is a leader, an inspiration to all and fully committed to the Club.

Dawson: We must be at our best against the Baggies
Last Match
Saturday 23 January 15:00
London Stadium